Living In Your Prison by Imani Wisdom 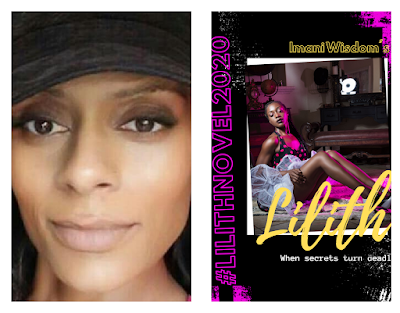 Living In Your Prison:  Freeing Yourself to Empowerment by Imani Wisdom
Listen to her Crown Holders message:  http://www.audioacrobat.com/sa/W7J9YRFr

Hello, Gorgeous Ones!
Before we begin, this is the part I would ask for a volunteer. But, since this is a podcast I want you to do this instead: Stand up. It doesn’t matter where you are -- at work or home -- get up from your seat and breathe.


Now, that you’re up and standing and breathing, I want to congratulate you because you’re doing something I couldn’t achieve in recent years, which was, overcoming my fear to live – not looking at any glass half empty or full – but to allow trepidation to be my unbearable prison.
Now, give yourself a round of applause. You’re doing something that many are afraid to do: live. And, standing up to breathe is a start.

My name is Imani Wisdom, the founder of Pink Noire Publications and the Urban eBook Fair; the author of two books, and graphic designer. The title of what I want to discuss today is “Living In Your Prison” -- freeing yourself to empowerment. So, I want to begin with a personal story, which will also shed light on an upcoming project I’m working on.

Back in 2010, on a brisk February afternoon, I found myself alone in a darkened room. I mean there was no light shining anywhere, probably just under the crack of the door adjacent to the family room where my grandmother was watching her soaps.
Yet, despite the imaginary drama that echoed through the house, I ignored what had happened beyond the comforts of my darkness. I didn’t care who needed me or if there were life beyond the four corners of the room, I was in emotional pain, and I wanted it to stop. It became so arduous, that suffering had broken its tipping point and I needed to find a way out – fast.
So here I was, at thirty-nine feeling like I was a mistake; like I didn’t have a sense of belonging, except to care for others – and I wasn’t very good at that. So amongst the darkness, I wept and wept and wept until I could literally feel my eyelids swell. Friends, I had fallen into a pathetic state of self-pity with no way out, or was it?
Then I glanced at the Bible which was lying on the bed beside the chair of where I sat. I don’t recall how the Holy Book got there; I just remembered when I glanced at it, I felt the utmost disdain. So I then shifted my anger toward the one person who created me – God.
I looked to the ceiling as if I could see His face, my fist balled up, jaws clenched, and could feel my anger going to a rolling boil. And the first thing that had come from my mouth wasn’t “Help me, Lord” or “I need guidance”, but to “Take me, I’m ready to go”.
Yes, I was ready to die right then and there, despite my children was school-aged, my grandparents were dwelling in the next room and a beloved mother living with an amazing family: my sister and her wonderful husband and kids. I wanted to give everything up and die before I reached forty.
When someone is suffering from tremendous pain, they really don’t want to die; they just want the pain to stop. And since I’ve carried the quiet suffering for years prior to my request and nothing had subsided it regardless of how hard I tried, I was ready to leave my loved ones behind. Death had become my awaited “Promised Land”.
So after I spoke to God with that cowardly request, I rambled on, asking about my purpose and why I was born. I remembered I begged as my tears poured, pleading to the All-Mighty.
Do you want to know what happened next? The most inconvenient thing ever: the telephone started to ring. While I wait for my untimely death, the phone went from one ring to two and then three rings to four. I scowled, irritated by the fact that my grandmother had picked a great time to step away from the phone. I heaved an exasperated sigh, and stormed out of the room, marching past my grandfather who was nodding off in his wheelchair and into the kitchen.

When I arrived there, I noticed my grandmother’s walker sitting outside the restroom as the phone was ringing. I turned my nose up in frustration and finally answered it, and of all people, guess who was on the line? My mother.
Now the reason why this was shocking was that she never called me on my grandmother’s landline phone. Never. I kept my cell phone literally at my hip at all times and she would call there. But that day, at the hour, at that minute, momma decided to call me on grandmomma’s phone to ask this simple question: “Are you okay?”
Not the traditional “hello”, or did you watch the Pacer’s play last night, but an innate response for any mother who knows their child is in distress. But how I wondered?
“I had this strange feeling I needed to call you?” she continued. “Are you sure you’re okay?”
Annoyed, I gazed at the door of the darkened room, wishing I could go back in there and wait for my hopeful inevitable. Yet, I replied to my mother the best way I could. “I’m fine,” I told her.
I’m not sure it quelled her anxiety, but after more small talk and other chit-chats, she ended her call. I remembered thinking with joy: “Finally!”
So when I returned to the room, the same murkiness that had wrapped around me like a snug blanket was gone. Even death didn’t seem apparent; it felt as though it made its quick exit. Poof, gone!
Again, I grew annoyed than I had before momma’s phone call. I mean, the nerve of the Lord going silent all because I have asked this simple request. If could He could make the world in six days and rested on the seventh, then why couldn’t He had snuffed me out with a snap of his fingers.
Then something had struck me; something in my inner core had told me to shut up and pay attention.

And while I sat there, my eyes wandered to the Bible. I don’t know why, but I had decided to have a staring match against an inanimate object – not sure the purpose or what I would have achieved. But I realized, at that moment, my actions during that day – and really for years – were actions of an imprisoned mentality.
I’ve created a prison within myself. I dwelled in self-pity and ignored what my inner soul had been trying to tell me for years. I was so self-absorbed with my faults that I didn’t listen to the faintest whisper. Was it my conscience or God? Either way, I chose not to listen to my gut instinct, which was to finish what I started.
What does that mean?
I’ll tell you: Four years prior on that fateful day, I wrote a short story called, Zion’s Road: A Love Story about Faith and Redemption. It’s about a former Klansman finding his redemption in the strangest of places as he bears a heart-wrenching secret, which gets revealed later in the storyline. And, of course, I was very proud of finally finishing a story from beginning to end. I’ve never done that before. Usually, I would begin with the beginning and middle but had never accomplished on completing the end.
Well, in some sort, I may have finished the writing portion, but I kept it in my hard drive for four years. Call it fear, but I didn’t make a good effort to finding how to publish the story.
However, shortly after I completed the project, I began immediately began writing the prequel, which was the original title was called, Heaven Bound and my intentions were to write it as a short story like my first narrative.
And, guess what? I didn’t finish that one, either.
Some of you know the revised title as “The Journey of Ruthie Belle”, and I had written up to three chapters and just stopped. Eventually, I finished the manuscript, went through the editing process, and published it in 2016.
But, this new project I’m working on is a direct correlation with “living in your prison”. And, surprise, surprise, not only did I finished the manuscript in the same year; but the premise of the story is so relevant to today’s issues --  depression, sexual exploitation, sexual abuse, and sex slavery. It’s no wonder finding solace within the four walls of a prison is comforting. Just like me. Just like you. Just like someone you know, and just like this character.
More about this project in a minute. But first, how many of you had a desire to pursue a dream, or had begun a project and just stopped? 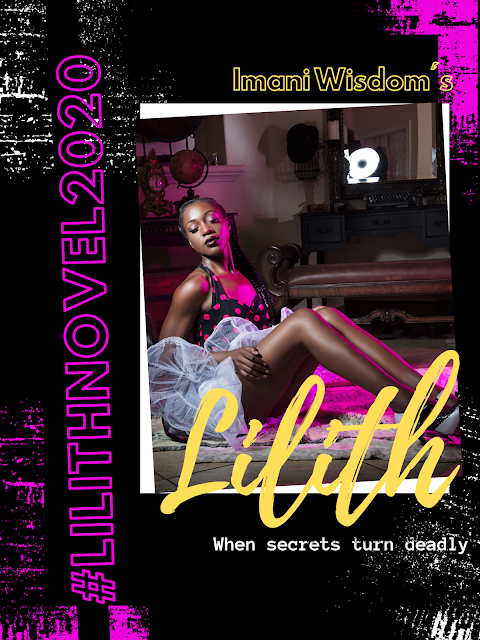 From the author of Zion’s Road and The Journey of Ruthie Belle, comes a new Women’s Fiction novel about friendship from two unlikely people.

SISTER MARY FRANCIS DELANEY, a highly regarded psychotherapist in the field of sex crimes, struggles with uncertainty in her personal and spiritual life. The more she fights against her vocational vows, the deeper she falls into confusion. Then one day she conducts a special interview, as a part of her own ambitions, with a death row inmate LILITH “PEACHES” SULLIVAN.

Lilith is an infamous killer, convicted of murdering five people, including her stepfather. Though living in suburbia and going to the best schools, one would think she has the best of everything. Yet looks are deceiving. Behind the Sullivans’ home is a myriad of deceit and lies, which has become Lilith’s life. It’s all she knows and carries that tumultuous lifestyle into her final days.

But when these women meet, will Sister Mary Francis discover their past are more similar in ways she realizes? Or, is the public’s perception of Lilith is true: She’s a monster.

About the Author
Imani Wisdom is the founder of Pink Noire Publications. Based in Indianapolis, IN, Pink Noire is a groundbreaking company with an unpredictable brand of literary storytelling. Wisdom is also the creator of Pink Noire Blog, which hosts inspirational posts for the soul, along with social commentary.

Born and raised in “Indy,” Wisdom spends her days overseeing a family of five, writing short stories and books, cooking vegan dishes, running 5Ks and mini-marathons, and enjoying quality time with her friends and family.

Wisdom is a graduate of Ivy Tech Community College, earning a degree in Paralegal Studies. She is a prolific storyteller whose works depict an honest portrayal of societal issues.

Her works include Zion’s Road: A Love Story about Faith and Redemption, and her novel, The Journey of Ruthie Belle.