MANAGE YOUR FEARS: ALLOW YOURSELF SPACE TO SUCCEED 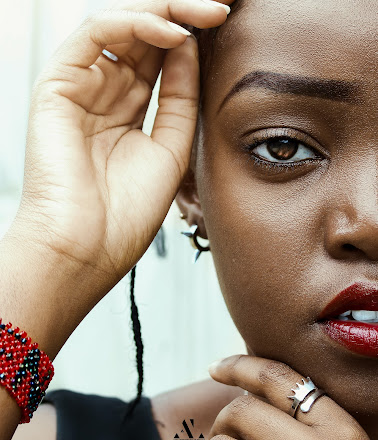 MANAGE YOUR FEARS: ALLOW YOURSELF TO SUCCEED
Do you think you deserve the things you want? Take some time to process that question and answer it honestly. Many of us do not, so we self-sabotage and keep ourselves miserable. It is both a horrifying and a freeing idea that in the end, the only person responsible for our happiness or misery is us!
So how do we get over our negative self-talk when it tells us we are not good enough? How do we convince ourselves we are enough? It isn’t as easy as looking into a mirror and yelling “I’m good enough!” No, we have to follow a process to give ourselves permission to succeed.
BE WILLING TO SEE IF SOMETHING IS POSSIBLE
Too often we decide that there are things that are possible and there are things that are not. Then, boom! That’s the end of it. Reality is defined.
A much better approach is to see if something could be possible. If you get an interesting idea, try something and see if it works. If that doesn’t work, try something else! Goals are important, but you need to find a way to be happy now!
Many people, as children, start out with dreams of the things they want to be when they grow up. Maybe a scientist, or a senator, or a teacher. They start making plans, start to do the things that will set them on that course, then years later, they are doing something completely different than what they had intended to do. If asked about their dreams, later on, they may say things like:
● Life happened.
● I didn’t have much support.
● I grew up poor so how can I become The President?
A lot of people become their own worst enemies. They start to believe the things that they hear from outside influences. They start to set themselves up so that they won't achieve those dreams that they had when they were children. The things that they hear in their heads aren’t something that implicitly lives there, it is years of hearing that they can’t do something.
“Individuals often ignore their own opinion in favor of the opinions of others.” ~Markus Schöbel, Social Influences in Sequential Decision Making
Thought is powerful. The most powerful force in existence. A single thought of “I can”, will change the course of someone’s life. A single thought of  “I can’t” will do the same thing.
MIND YOUR FEARS
When making decisions in life, we rely on the knowledge and experience of others around us, but we must keep in mind that individuals are fallible and that their experiences are a result of the decisions they have made in the past as well as the guidance and support they have received.
Their advice is given after taking their prior experiences into account. Be careful, since fear has more than likely been the main obstacle to the dreams of the individuals we ask for assistance.
People fear that which they haven’t become.
If someone is trying to rise above their circumstances and everyone around them is telling them that they can’t, they may believe that.
People fear that which they aren’t.
If someone grew up in an educated white-collar professional family and they decided that they want to be a bricklayer, those around this person may look down on them saying that’s just not what we do.
People fear that which they don’t know.
For example, if a new adult has grown up in a small town and has the desire to move to the city, it can be altered if those around them start to tell them horror stories about what happens in the city. After being told enough, then that dream of moving to the city disappears.
People fear that which is different.
If someone is trying to go outside the box of what is traditionally their lifestyle, those around them may try to manipulate the situation so that it doesn't happen.
TAKING BACK CONTROL

Fear and thought are the controlling forces in a lot of lives. So how do you control your mind, and along with it, your destiny? It’s the simplest hardest thing you will ever do: You just do it.
REMEMBER THESE THINGS

● Goals are worthwhile when they have been completed.
● You are not what you think you are
● Living life is about living life, not going through the motions of existence
● Fear is a response to the unknown. To overcome fear, make the unknown, known.
Focus on habits that keep your mood up and your relationships strong. Do stuff for you. Most importantly, make the conscious decision that you are going to be content today. Right now. It’ll take practice, but once you do it you will be free.
PRACTICAL STEPS TO CONTROL YOUR OWN MIND

● JOURNAL
Not only about your dreams and ambitions but about all of those around you that are casting doubt. Do this daily to clear the clutter in your mind
● SET GOALS
Daily, weekly, monthly, and yearly. If you want a 5-year plan, go ahead a do that, but chances are, that 5-year plan is going to go out the window. Start reasonably and build, grow, scale.
● LEARN
Take a class, read a book. Knowledge is freedom for your mind.
● MEDITATE
Be mindful, practice yoga, do daily affirmations, and start your day spirit filled and on a positive note.
● TAKE ACTION
No matter what you do, always take action. Every day wake up and do something. A little progress every day is far better than no progress at all.
● BE ACTIVE
Sitting alone in a room all day watching your favorite streaming service is not being in control of your mind. It is the antithesis of control.
● HAVE FAITH IN YOURSELF
You are the most important person in your life. Your opinion should carry the most weight.

Don't let the fear others have, control your destiny and cast doubt on you. Take action and be the person that you have always wanted to be!
A lot of us spend life waiting for permission from some external force to be happy. The only person we need to convince, however, is ourselves.
A great way to start this process is simply to give yourself permission to succeed. You will find yourself seeking the help you need and following the correct steps to make stuff happen in your life.