Green-light Your Film Own Projects: Funding the Dream with Monda R. Webb 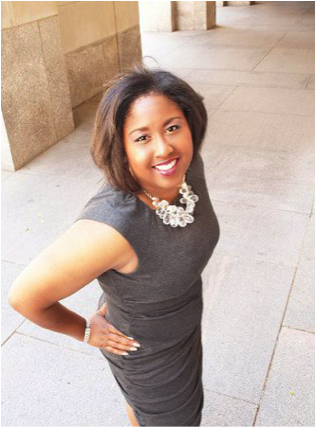 Zoo (Volkerschau) is a period piece, set in 1958 Berlin, Germany and Brussels, Belgium.  Zoo (Volkerschau) is based on a day at the World's Fair Exhibit of Volkerschau, a "human zoo", from the point of view of a 7 year old African Girl, and a 7 year old German Girl.  "Zoo" celebrates freedom, explores perceived beauty and dreams deferred. It is a quiet dialogue that coolly observes humanity, unapologetically uncovers a loss of innocence, puts a magnifying glass on mother-daughter relationships, and looks racism in its ugly eyes.  Watch the Zoo (Volkerschau) Trailer:  https://vimeo.com/133150473

Little Known Stories Production Company was formed to tell little known stories hidden in the crevices of history's pages. An historical excavator, Monda plans to unearth and tell true stories, and bring the past to the present, using film as a medium, in a purely organic way.

Monda recently wrote, directed and produced her first short film, Zoo (Volkerschau), completed in 2015, which serves as her calling card to the film industry. Eyes on the future, Little Known Stories has a slate of story ideas for narrative short and feature films, including programs made for TV.

Our overarching goal is to create a curriculum of topics, if you will, that simply weren't addressed in our education. We want to, at a minimum, raise awareness of events that have shaped our history, as a people, as a nation, as a global community, and start a conversation to up the ante on humanity.

The Vision
Most of us lose our innocence when we realize there isn't a Santa Claus. Can you imagine what it must be like to lose your innocence as the subjugated object in a "Human Zoo?". This history is something that's not a part of our educational curriculum. Our vision extends beyond the screens into the classrooms. We hope this film not only raises the awareness of human zoos, but piques the interest of educators, to share these horrible truths with their students.

The Mission
My social media hash tag is #letsallbehuman.  My overarching goal is to get people to see all human beings as human beings.  We’re asking people to trash the dogma, forget stereotype, disregard color, race, lifestyle and gender and to really SEE one another as the girls in the films see themselves; simply human.