Creating A Great YOU! by La Rhonda Crosby-Johnson 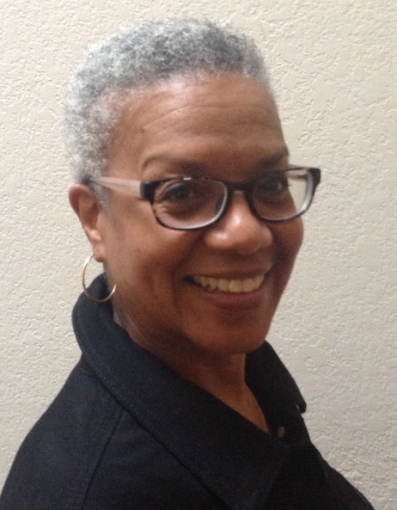 Creating A Great YOU!  by La Rhonda Crosby-Johnson

La Rhonda Crosby-Johnson, educator, writer and Certified Integral Coach is Founder and CEO of BARUTI Enterprises; dedicated to creating and supporting environments for transformation. She was born in Oakland, California and was a product of Oakland public schools before entering San Francisco State University.

She received a Bachelor’s of Social Work in the winter of 1984.  La Rhonda, a much sought after speaker and facilitator, is proud of her almost 35 year career focusing on women’s wellness.  She currently devotes her time to writing and her transformational coaching practice.

Topic:  Creating A Great YOU! by La Rhonda Crosby-Johnson

Wellness is more than the absence of disease or illness.  It is a way of physical, spiritual and emotional well being that empowers you to create a life of purpose and joy.  Creating A Great You is filled with wellness practices that bring you to your best self.

This was one of the best session of the conference! You must listen to this amazing, empowering session with La Rhonda Crosby-Johnson. Go here:  http://www.audioacrobat.com/sa/WCfv01vT

Attorney L. Morgan Franklin finds her well-ordered life at a prestigious New Orleans law firm, turned upside down when her half-brother, Winston, dies in their small hometown of L’Ouveture, Louisiana.

When it becomes evident that Winston’s death may not be as it appears, Morgan begins a search for answers that lead her to new discoveries about the people she loves the most.

The mysteries of family, life and love all converge in this story of one woman’s refusal to accept things as they are.

Excerpt from Unveiled by La Rhonda Crosby-Johnson
Listen to a reading from the book: http://www.audioacrobat.com/sa/Wl07xwzr

Grief and the sickeningly sweet smell of too many flowers hung heavy in the warm air of the late August afternoon. Morgan felt the weight of tears shed and hearts breaking. She rubbed her hands down her black silk suit when she walked slowly toward the simple wooden coffin that held the body of her beloved baby brother, Winston. “Half-brother.” She could almost imagine her mother, Marie, standing in front of her and uttering the word “half” as if it were some sort of disease. Morgan breathed deeply and pushed Marie’s words from her mind as she exhaled. They had no place here.

Winston’s mask-like, powdered face somehow belied the words “heart attack” that still echoed in her head. Morgan stepped away from the coffin and quickly brushed away her tears. She fled the church and barely heard the words of comfort tossed her way. Outside there would be air she could breathe without inhaling the pain of the mourners.

Morgan moved quickly once outside. Her legs felt somehow lighter than they had only moments before. She breathed deeply for the first time since she had received the news of Winston’s death a week ago and headed for the sanctuary of her car. The tinkling melody of the car alarm signaled her safe haven. She slid onto the butter-soft, caramel-colored leather seat and found comfort in its warmth. She cranked up the car, rolled down the electric windows, and turned on the CD player.

The soulful sound of Jill Scott’s voice surrounded her as she watched the family file out of the church and head toward limousines with the words Garrett Bros. painted in gold across the rear doors and windows. Of course, it would be Garrett Bros. They were still the only mortuary in town that “knew how to do colored.” Morgan had heard her maternal grandmother, Essie Baptiste, say that many times while she was growing up.

Mama Essie, as everyone lovingly called her, had made everyone in the family vow to take her body to Garrett Bros. when her time came. Although it had been three years since Mama Essie passed, Morgan still felt her presence in this place. This thought alone eased the tension in her neck and removed the large knot that had taken up residence in the pit of her stomach.

Morgan fanned herself slowly with the funeral program, which created a pleasant albeit warm breeze. Winston’s high school graduation picture grabbed her attention as she placed the program on the seat of the car. At eighteen and dressed in his tuxedo, he still had the face of a little boy. Her stomach tightened as she remembered missing his graduation because of a last-minute work assignment.

Things had changed so suddenly, Morgan thought as she eased her car into the funeral procession. Weeks before Winston was to report to Grambling University on a football scholarship, his girlfriend, Tanya, told him she was four months pregnant.

Winston stayed in St. Vincent, married Tanya, and took a job driving a delivery truck for a local market. They named their son, William. Winston continued his training after he promised Morgan he would make good on his scholarship “one day.” Now six years later, he laid dead of a heart attack at the age of twenty-four.

The gravesite ceremony was sad; final. Morgan felt goose flesh rise on her arms, despite the wet heat of the afternoon. Her stomach churned as she cast her eyes downward away from the flailing arms of the mourners surrounding the freshly dug grave. Morgan clinched her teeth and willed herself not to cry. She feared if she started she might never stop.

Irene, Winston’s mother, had to be carried away by relatives and friends as she kicked, screamed, and threw herself at the coffin to stop it from being lowered into the ground. Family and friends encircled her and tried unsuccessfully to quiet her before getting her seated in the back of the Garrett Bros. limousine. Morgan was drained and suddenly felt the reality of Winston’s death like a weight tied around her heart. She decided to forego the traditional after funeral gathering at Irene’s and instead went straight home after leaving the cemetery.

“Mama! Mama!” Morgan called as she entered the living room of her mother’s home. The hardwood floors and rich mahogany wainscoting gleamed in the shadows of the early evening. The silver tea service shone brilliantly atop the highly polished buffet and was only rivaled by the matching silver candelabras that stood guard on each side. Morgan smiled as she wondered whose house had all the extra dust that was forbidden in Marie’s home. She spied a note leaned against a crystal vase filled with white tulips on the dining room table.

Lisa, I hope you have not exhausted yourself
completely with the day’s events. I am giving a
lecture at the university, followed by a reception
sponsored by the Deltas. I’ll be late.
Your uncle Raymond wants you to call him.

Lisa. Here was another reminder that she was no longer in New Orleans. No one there knew the “L” in L. Morgan Franklin stood for Lisa. For that matter, no one there knew much about the Rockhurst District of L’Ouverture, Louisiana.

Order your copy today at: https://www.amazon.com/dp/B07QTP82XB

About the Author
La Rhonda Crosby-Johnson is a contributor to the award-winning Life Spices From Seasoned Sistahs anthology series and has also published work in Go, Tell Michelle: African American Women Write To The New First Lady, Sassy, Savvy and Bold After 50, Jubilee’s Journey an e-book, serial novel, and All The Women In My Family Sing edited by Deborah Santana.

La Rhonda is co-founder of Ideate Publishing, LLC. Ideate’s debut project, an anthology of short stories by women writers titled Where’s My Tiara? was released in the fall of 2017. Unveiled, her first novel was released in 2019. Website: www.ideatepublishing.com