When Your Mountain Won’t Move by Shelia E. Bell

When Your Mountain Won’t Move by Shelia E. Bell 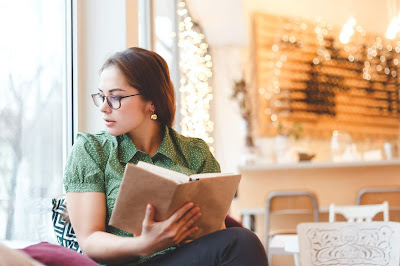 The word of God says…if you have faith the size of a mustard seed, you will say to this mountain, 'Move from here to there,' and it will move; and nothing will be impossible to you ( Matthew 17:20b)

Life is complex at times, especially when we are in the midst of trials or facing problems and troubled situations.  Sometimes, the mountain of problems we are facing can test even the strongest of God’s children.  Now faith is assurance of things hoped for, a conviction of things not seen (Hebrew 11:1 NASB).

During tough times such as those many of us are faced with today, where does our faith stand?  Where is the mustard seed faith that can say to the mountain in our lives, be thou removed and be yea cast down into the sea, and the mountain will move out of our way?  Where are those of us who stand strong against the fierce winds of adversity?

When everywhere we look, people are losing jobs, families are splitting apart, and murder and mayhem seem to bombard the news.  Giant corporations who provided good, steady jobs with great pay and benefits are becoming scarce and corrupt.  We don’t see a positive end in sight.  As a matter of fact, it looks like things are getting worse at every time.

What do you do when your mountain won’t move?  Some of us give up.  Some of us find it even more difficult to call on the sovereign God.  Still, many more of us fester in anger, disappointment, confusion and hate.  As our children go without, as our homes go in foreclosure, and our automobiles are repossessed, and our job cutbacks are at an all time high what do we expect.  When  we lose our material possessions that we’ve worked so hard for, how can we stand and take our tiny, pitiful mustard seed faith and say “mountain get out of my way,” and expect it to move?

It can be difficult. It can seem impossible. I know from experience, and I’ve been a child of God since I was eight years old.  Now I am so much older, and I’ve seen the matchless hand of God’s saving grace and mercy work over and over and over in my life.  Still, I’m here to tell you, that even now, my faith has been put through the test.

I wish I could say that I came through with flying colors like my brother in Christ Job did, but I would be lying.  Truth be told, I recently went through a trying situation that had me reeling and spiraling out of control. I didn’t think about picking up God’s words. I barely drew his words from my heart. I lay in a fetal position on my bed literally for days and sulked, cried, sulked and cried some more, wondering why me, Lord? I didn’t want to write. I didn’t want to talk to family and friends. I didn’t want to talk to God.

Yet, I say. God Is.  God remained faithful to me, His child.  After all, He is the one who chose me, adopted me into His kingdom, made me an heir and a joint heir, placed me as part of a royal priesthood.  He is the one who made me, he formed me and he already knows all there is to know about me, including the times such as these that I have faced lately and times before, and times to come.
God remained by my side when I didn’t feel Him by my side.  He is in my spirit, the depths of my soul.  He surrounds me with his love and His angels of protection.  He looks at my fragile, carnal body and loves me--Still.  He loved me when I didn’t think I was loveable.  He loved me when I felt doubtful of Him and His love.  He loved me, and he held me when I fought against Him, when I blamed Him for my circumstances.

You see, my friends; God is big enough to take on our problems.  He tells us to trust in Him with all of our hearts and to lean not to our own understanding.  He tells us that He will direct our paths.  He reminded me that I am not perfect.  I will falter at times, but my belief in God will never change.

You can say to the mountain in your life.  “Move mountain. Get out of my way in the name of Jesus.  If you believe that which you say, then the mountain has no choice but to move!

I came to understand this recently as I sat in a sea of depression in the middle of my bed watching Planet Earth on the Animal Precinct channel. It told the story of a beautiful group of special cranes that had to make a gruesome, life threatening journey to the other side of the Himalayas, the highest mountains in the world, if they were to eat and drink.  Though they knew they faced death, though they knew some of their young would be killed, though they knew that some of them would not make it because of the danger that faced them as they confronted the mighty Himalayas, they yet moved forward.  They stretched their wings and allowed the wind to push them gently, yet steadily, higher and higher.  They elevated gracefully up, up higher and higher into the Himalayas.

The mountains are too tall to fly over, so the cranes had to reach enough elevation that they could rise above the storms that they would surely face trying to make it to the other side by going through the vast God majestic mountains.  There was a time they even had to turn back because of the strong, turbulence coming from the ferocious storms up in the clouds.  They were exhausted, hungry and thirsty.  They faced a major setback and had to turn back.

Yet, they did not give up. They started again and they went through the same thing, but this time, even though hawks were waiting to prey on the weaker cranes, they didn’t stop.  They moved higher up the mountain until they reached an elevation high enough that they were able to fly around the massive Himalayas all the way to the other side.  Upon reaching the other side, they were able to feed on rich, fertile food and fresh water.  They would have to make the long journey back again, but they had no time to think about what lay ahead.  They had reached their destination through perseverance.


We too, can reach the destination that God has for us.  Maybe you have lost a job recently.  Maybe you don’t know how you’re going to make ends meet.  Maybe you’re in a troubled relationship or you’re just plain worried about your future.  My friends, God is able.  God will never let us down.  We must learn how to face our mountains.  We may turn back at times, and feel like we will never see a brighter day ahead.  But we must not linger and we must not give up.  We may have to start the journey of faith again, but that’s okay because God is a God of second chances and third chances and unlimited chances.  We may falter and get weary but God says He will fight our battles for us.  We do have the power within us because of the Holy Spirit to say to our mountain, Move Mountain Get out of my way.
----


About the Author
Shelia E. Bell is an award-winning, national bestselling author with 30+ books published in faith-based fiction, women’s fiction, young adult genres, and nonfiction. Her books have garnered numerous awards and accolades.

Shelia began her publishing career in 1999. Since then, she has set the literary industry ablaze with her dynamic, true to life stories that she calls "perfect stories about imperfect people like you...and me."

Shelia is passionate about helping others and encourages and promotes people to ‘live their dreams now.’ In 2012, she founded a non profit organization Black Writers And Book Clubs (BWABC) Literacy Association with a mission to promote literacy one community at a time. Shelia is also a well-respected freelance book editor.?

As an inspirational speaker, Shelia has traveled near and far sharing her messages of how to overcome the adversities of life. Having had polio since the age of two, she accepts no excuses and is determined not to let her physical imperfections keep her from her life’s purposes.