You Should Really Write a Book with Regina Brooks 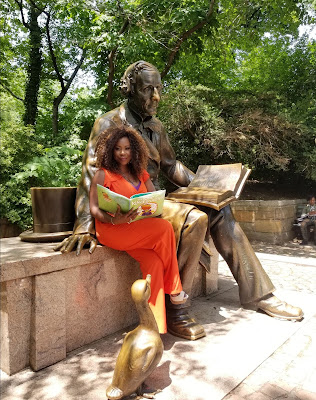 You Should Really Write a Book: How to Write, Sell, and Market Your Memoir with Regina Brooks. Listen to her Sisterhood session: https://www.audioacrobat.com/note/CHWSy5n4

YOU SHOULD REALLY WRITE A BOOK examines the building blocks of bestsellers and describes the three key measures necessary for aspiring authors to conceptualize, sell, and market memoirs.  With references to more than 400 books and six memoir categories, it is essential reading for anyone hoping to write a commercially viable personal narrative. Written by two seasoned publishing professionals?one an award-winning literary agent, author, and publisher, the other an acclaimed author and social worker?

YOU SHOULD REALLY WRITE A BOOK was created to give aspiring writers a competitive edge. This handy guide is the first of its kind to combine insider publishing information with at-length discussions on the psychological implications of memoir writing. Readers will learn how to process the complicated emotions that surface during the creation and marketing of their work. 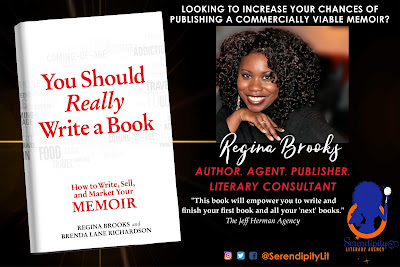 Ms. Regina Brooks is the founder and president of Serendipity Literary Agency LLC in New York, New York. Her agency is the largest African American owned agency in the country and has represented and established a diverse base of award-winning clients in adult and young adult fiction, nonfiction, and children's literature.

Her authors have appeared in USA TODAY, NY TIMES, and the Washington Post, as well as on Oprah, ABC, NBC, CBS, CNN, FOX, MSBNC, TV ONE, BET, and a host of others. In 2015, Publishers Weekly nominated Regina Brooks as a PW Star Watch Finalist, and she was honored with a Stevie Award in Business.

Writer's Digest magazine named Serendipity Literary Agency as one of the top 25 literary agencies. Formerly, she held senior editorial positions at John Wiley and Sons (where she was not only the youngest but also the first African-American editor in their college division) and McGraw-Hill.

Prior to her publishing career, she worked as an aerospace engineer and made history as the first African American woman to receive a Bachelor of Science degree in aerospace engineering from The Ohio State University.  She is a graduate of The School of the Arts High School in Rochester, NY.

She is the author of Essence Magazine’s quick pick children's book, NEVER FINISHED NEVER DONE  (Scholastic), WRITING GREAT BOOKS FOR YOUNG ADULTS  2e (Sourcebooks), and YOU SHOULD REALLY WRITE A BOOK: HOW TO WRITE, SELL AND MARKET YOUR MEMOIR (St. Martin’s Press), and a well received blogger for the Huffington Post.

She has been highlighted in several national and international magazines and periodicals, including Publishers Weekly, Forbes, Media Bistro, Writers and Poets, Essence Magazine, Ebony, Jet, Women on Writing, Writer's Digest Magazine, The Writer, The Network Journal, and Rolling Out.

She was named Woman of the Year by The National Association of Professional Women, A New York Urban League Rising Star Award winner, and a finalist for the StevieTM Award for Women Entrepreneurs. Regina Brooks is featured in books such as The Guide to Literary Agents and the NAACP nominated Down to Business: The First 10 Steps for Women Entrepreneurs, How to Build a Platform, and Bill Duke's Dark Girls.  She is also listed in International Who's Who under the categories of Professional Management, Technology, Entrepreneurs, and Engineering.

Further, Possibiliteas is the brainchild of literary agent and tea enthusiast, Regina Brooks, who believed that tea—the world’s oldest performance-enhancing beverage—could have a beneficial effect on her clients—writers, artists, and other creative professionals who were looking for fuel for their creative fire.

She is a pilot and co-founder of Brooklyn Aviation as well as a member of the Association of Author Representatives and New York Women in Film and Television.

Ms. Brooks is the founder and co-Executive Director of Y.B. Literary Foundation, Inc. (www.ybliterary.org), a not-for-profit organization designed kindle a passion for literature within high school students and an appreciation for the possibilities and opportunities that reading can provide.


YOU SHOULD REALLY WRITE A BOOK
How to Write, Sell, and Market Your Memoir
By Regina Brooks and Brenda Lane Richardson
Paperback: 240 pages
http://www.amazon.com/You-Should-Really-Write-Book/dp/0312609345 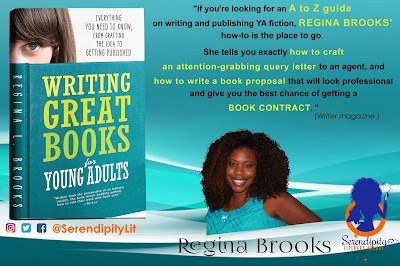 Please share, you never know who needs to hear this message too!  Thank you.

Explore all of the Crown Holders Sisterhood Master Classes
https://www.edc-creations.com/the-sisterhood.html