The Bond of a Mother by Patricia A. Saunders 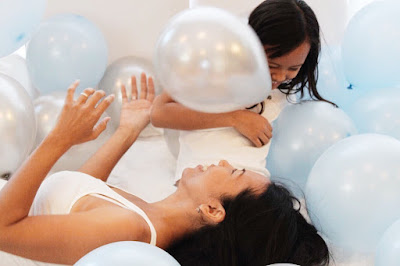 The Bond of a Mother by Patricia A. Saunders

For a few week I had the most difficult time trying to write a weekly post. I was emotional and couldn’t put my finger on it. It was the week leading up to Mother’s Day and I didn’t want any parts of it. I didn’t go into the drug store because I didn’t want to walk past the card aisle. I didn’t want to go to church because I knew that they would be doing something special. I wanted to put on my Harry Potter’s cape and disappear.

Slowly there was a gentle way of bringing me out of being sad to being blessed that I had the best Mother anyone could want. I gave away three church lady looking hats that I had brought years ago because I wanted to mimic my Mother’s appearance. My sister gladly picked out the hats, looking at herself in the mirror, and seeing the excitement made me smile.

Next, I received a text message from my sister on Sunday who lets me know that my niece who suffers from Lupus and had been on a transplant list for 12 years was getting her new kidney on Mother’s Day.  I have to go to church because I know that’s where my mother would want me to be.

So, I procrastinate but make it just at the tail end of the sermon.  It’s now that the pastor has asked everyone to stand and those who need prayer to come up to the altar.  I stay at my seat as the minister who is praying the tears well up, this is the same minister who was instrumental in my healing process after my mother passed, and it is now I feel my mother’s presence.  Next, I open my eyes the minister is standing in front of me, arms open, I hug her with all my might and weep.

The bond between a mother and child doesn’t end when the parent transition to heaven.  The sadness that you can’t see them, hug them or talk them is always there.  Looking at the bright side of being blessed to have them in your life and honor their memory will bring you comfort.


About Patricia A. Saunders
Award winning author, poet, speaker Patricia A. Saunders was born and raised in Connecticut before relocating to the San Francisco Bay Area nearly 26 years ago. She received her Master’s in Management from the University of Phoenix in 2011. After the passing of her mother who had Alzheimer’s, Patricia decided if she inherited the disease she wanted her words to be her legacy and that all the words that she kept to herself were to be released.

Her fifth book was released by Book Baby Publishing (2017) There Is Sunshine After The Rain a non-fiction novel that includes poetry is birthed after the tenth anniversary of her Mother’s passing, the reality that with every lesson that she has experienced through life that there is a reason, there are tests that all are faced with, but it’s how you respond. Saunders chose poetry and nonfiction to let the readers know the thought process behind the poetry, tools to help others who may face the same circumstances, and it builds a relationship further between the author and those reading her words.

Email ThisBlogThis!Share to TwitterShare to FacebookShare to Pinterest
Explore More: #Tea4One, #WomenOfANewDay, Family, For My Sisters