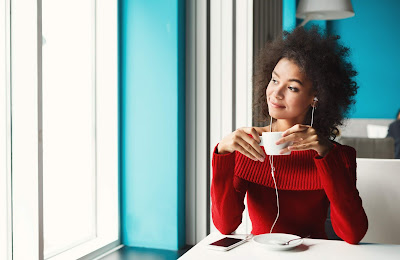 
Understand this:  you're going to give your life for something - the questions is what?  Sports, a hobby, fame, wealth?  None of these bring lasting satisfaction, not one! Service is the pathway to joy and fulfillment!

It's through ministry that we find meaning! As we serve God's purposes, our lives take on eternal importance. Paul writes,'. . . all this makes you more significant, not less . . . because of what you are a part of (1 Corinthians 12:14 & 19 TM).

If you aren't involved in something greater than yourself you're just existing, because life is meant for ministry. God wants you to learn to love and serve others unselfishly.  He wants you to make a difference in His world; He wants to work through you. Ultimately what matter is not how long you live, but how effectively!

If you're not involved in any form of service today, what's your excuse?  Abraham was old, Jacob was insecure, Leah was unattractive, Joseph was abused, Moses stuttered, Gideon was poor, Samson was codependent, Rahab was immoral, David had an affair resulting in all kinds of family problems, Elijah was suicidal, Jeremiah was depressed, Jonah was reluctant, Naomi was a widow, John the Baptist was eccentric to say the least, Peter was impulsive, Martha worried a lot, the Samaritan woman had several failed marriages, Zacchaeus was crooked, Thomas had doubts, Paul had poor health and Timothy was timid.

That's quite a variety of misfits, yet God used each of them -- and He will use you too, if you stop making excuses.

History of  The Morning Teas

The Morning Tea became celebrated as a daily newsletter filled with encouragement, uplifting stories and daily devotions written by people who are living out their purpose!  The late Diann Thomas brought this elegant source of daily refueling to the Internet in the 90’s. She was an excellent leader that saw the power of sharing and ministering to the masses via email.

In  2010, Diann Thomas passed away unexpectedly and sadly, co-contributor Linda Cunningham-Hames passed away in July, 2012.   After their transitions, several different women carried on her legacy of encouraging others to live their best life each and every day.  I’m now joining Sister Rugina Poellnitz and many other Texas readers in carrying the torch forward and I hope you will join me on this path to wholeness.