Rise Phoenix Rise: Coming Back From the Ashes with Patricia A. Saunders. 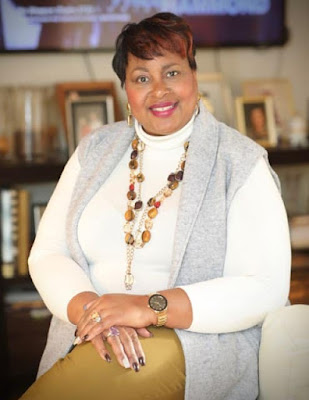 Rise Phoenix Rise: Coming Back From the Ashes with Patricia A. Saunders.  Listen to her session during our Sisterhood Empowerment Series: http://www.audioacrobat.com/sa/WpPnQrFf

Patricia will speak about the challenges that she overcame that most women can relate to. Working in Corporate America she decided to quit her job in 2005 and become self employed. Within her second year of being in business she lost her mother to Alzheimer’s and her world came crumbling down.

As African American women we are known to be the back bone, nurture others and able to multi-task with work life balance so what was wrong with her?  Depression!  The silent disease that no one mentioned. Patricia didn’t know that she was experiencing it, didn’t know how to handle it. There came a point where she hit rock bottom and she felt that she was in hell so deep, that she could not open her mouth for help.


Four Seasons of Love: Anthology of Poetry by Patricia A. Saunders

From Award Winning Author of There Is Sunshine After The Rain, the author has written her latest book of poetry that is organized into four chapters that compare to the four seasons. The poetry spans all the emotions that both men and women go through from being smitten, falling in and out of love, and grief of losing the love.  Read an excerpt from Four Seasons of Love - http://a.co/iLyvu9u

This Too Shall Pass by Patricia A. Saunders
http://www.audioacrobat.com/note/C2csrcxk 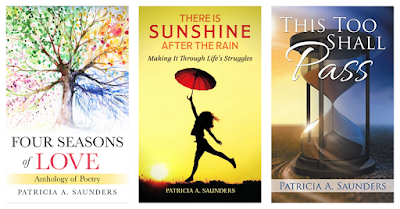 About the Author
Patricia A. Saunders was born and raised in Connecticut before relocating to the San Francisco Bay Area nearly 27 years ago. She received her Master’s in Management from the University of Phoenix in 2011.

Recently she was chosen among 100 authors from around the United States to participate in the Author’s Pavilion at the 2018 Congressional Black Caucus Convention in Washington, DC.

Her latest book, Four Seasons of Love, covers all aspect of love broken into four chapters relate to the four seasons.