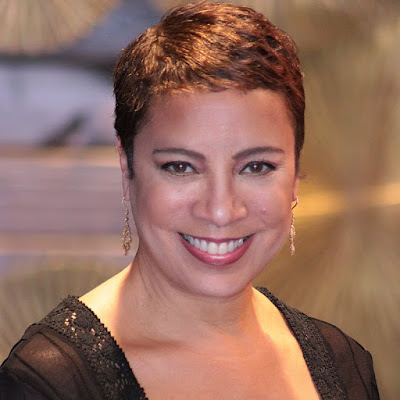 Men and Intimacy, Real Talk. Real Answers - Author, Therez Fleetwood, explores the complexities of relationships through the minds of men who give real, no holds barred answers to the questions that women want to ask. Listen to her Crown Holders Conversation:  http://www.audioacrobat.com/sa/WhSnZ20L

Do you ever find yourself wondering what men think about intimacy? Do you ever feel disconnected from your partner and desire to create a deeper bond?  Do you ever want the answers to questions, but are afraid, timid, or too shy to ask your partner or spouse?

Do you ever wonder why men do the things they do? Have you ever felt incomplete after having sex with your partner? Have you ever just thrown your hands in the air and said, “Men! I just don’t understand them!”

Men and Intimacy, Real Talk. Real Answers provides insight into the way men think. The statements presented in this book are uncut, complete, raw and emotional.

Over fifty men, between the ages of thirty and sixty, answer intimate questions pertaining to women, relationships, sex, love, cheating, and pornography. The men share their voices and their viewpoints to offer us untapped information in which most of them have never openly revealed before.

This book is for women seeking to understand why men do the things they do when it comes to intimacy-related acts.  It will help men find their voice of self-expression as they read and connect with the different answers provided by this diverse group whose statements may resemble their own.

Men Understanding Women – Page 67
This may sound shallow, but I would ask how important is sexual intimacy to her in a relationship? Because me being who I am, sex is important in a relationship and I wouldn’t want to lose that spark. I think it is healthy, I think it keeps the relationship strong. Intimacy keeps you in love and it keeps it all together. People may think it is such a shallow question, but I bet 80% or 90% of the people who want to ask that question, would all agree that they want to know how the sex is going to be for the rest of their lives together. –LEE K.

Can Men Be Loyal? – Page 90
The way a woman keeps a man is to stroke his ego, affirm his strengths and be complimentary… that’s all the lion wants to hear. As the king of the castle, I want to know that I’m doing a decent job being a provider and taking care of her needs. – MAURICE

The Pain Men Feel After a Breakup – Page 111
Yes, I’ve been in love where I was head over heels about her and could not think about anyone else but that person. When we broke up it was one of the most miserable feelings in my life actually. It made me sick. It made me very depressed. It even made me have fleeting thoughts of –“if I were not alive anymore it would be better”. I was feeling this way for about 3-4 months but that lingering feeling, to a smaller degree, has stayed with me for almost my entire life. –D. NICE

Why Do Men Talk During Sex? – Page 121
I think it works both ways for men and women. Women do a lot of hooping’ and hollering’ to try to get the guy to finish up and on the flip side the guy says a lot of stuff to make sure he’s going to get his. Each person has an agenda, he wants to bust a nut and she wants to be done with it. So he’s saying this to make sure she doesn’t pull back before he gets his and she’s trying to finish up quickly. – CLYDE

Why Women Stop Having Sex – Page 136
Sometimes women use sex as punishment, which is totally the wrong thing to do to a man. If she shuts it down, she’s just begging for a man to go out and find somebody else to have sex with. – WESLEY

Do Men Get Bored With Sex? – Page 153
Do I get bored with sex? No. Do I get bored with sex with one person… hell yeah! But it doesn’t have to be. I wouldn’t get bored with sex with the same person if she would be more involved and if she wanted to take it to the next level and be creative. My sex life now is almost null and void but whenever I have sex, it’s me performing all the acts and she just lays there. I feel like I’m a charity case. Like she wears a watch and sets a timer and say “I’ll give you three minutes”. I do what I do because I don’t get it. I got five minutes, so it might be the only five minutes that I get for the next few months so I say “fuck it!” It isn’t going to be great but at least I get some. – TRAVIS


About the Author
With a background steeped in high fashion and World Couture glamour, Therez Fleetwood designs exceptionally made and sharply edited apparel for woman.  Her focus on feminine silhouettes, intricate construction, and that perfect detail is evidenced in her signature hand-beaded dresses and body-sculpting silhouettes.

Originally from Boston, where she got her start in fashion, Therez started designing clothes at the age of 12 and sold her first dress on the famed Newbury Street in Boston at the age of 15. This was quite an accomplishment at that age as Newbury Street was home to Giorgio Armani, Marc Jacobs and Diane Von Furstenberg, just to name a few.

Therez launched her career designing afrocentric attire under the PheZula Collection label where she sold to specialty boutiques throughout New York City, made custom designs for private clientele and designed for celebrities: EnVogue, Vanessa Williams, Angela Bassett, Queen Latifah, Yolanda Adams, Kim Fields, Sheri Headly, and Shanice. As a custom designer, she worked with clients around the world from Germany, Egypt, Italy, Tanzania, and Australia.

With her love of fashion and her desire to remain innovative as a designer, Therez partnered with visual artist Kottavei to design a unique bespoke fashion/art garment for sci-fi writer, Nnedi Okoraor, for the 2018 Emmy Awards. Therez has worked with Tyler Perry stage productions to create the signature wedding dress for the play Hell Hath No Fury Like A Woman Scorned.

Her designs have been on display in the “New York Gets Married” and “Black Style Now” exhibits at the Museum of the City and at the Fashion Institute of Technology in honor of the Black Fashion Museum. She was also a featured designer highlighted in Macy’s “Catch the Designers” which provided a ‘behind the runway’ look at the diverse designers impacting fashion today.

Her fashions appear in Fairchild Publication’s text book entitled Survey of Historic Costume and she has been a guest on several television shows including the Today Show, Good Day New York and a nationally syndicated television commercial for American Express entitled “Portraits”.

It was her desire to travel that brought her to several countries throughout the world.  And It t was her love of Africa, its culture and arts that prompted her to write the national best seller The AfroCentric Bride – A Style Guide, Amber Books.

She is also a featured designer in The Threads of Time, Fabric of History, which celebrates the struggles and achievements of African-American dressmakers and designers and their contributions to the world of fashion.

Therez is a recipient of the Allstate Insurance Company’s “From Whence We Came, African-American Women of Triumph” Award and she designed the only Afrocentric costumes to be worn by Mickey and Minnie Mouse at Walt Disney World in Orlando, Florida, which have now become part of their themed costume collection.

In 2019, Therez launched a kaftan collection in support of www.fashion4life.info, a non-profit organization supporting human trafficking.