Manifest Yours Dreams through Words, Imagery and Action by Tracy Chiles McGhee 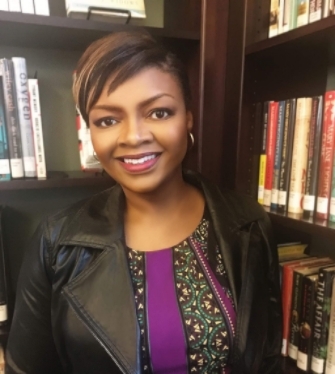 Tracy Chiles McGhee, Multi-Genre Writer, Community Activist and Co-Founder of Literacy Empowerment Action Project joins us today to discuss how to Manifest Yours Dreams through Words, Imagery and Action.  Listen to her Crown Holders message:  http://www.audioacrobat.com/sa/WhSz8HBW

About the Author
Tracy Chiles McGhee, LEAP Co-Founder and Mentor

Tracy Chiles McGhee is a multi-genre writer and the debut author of the historical novel Melting the Blues. McGhee was selected as a Finalist in the 2014 William Faulkner - William B. Wisdom Creative Writing Competition in the Novel-in-Progress category.

A former public interest lawyer, she now works in the education sector and is a strong advocate for global literacy. McGhee is a graduate of Catholic University Law School, Georgetown University and San Francisco University High School.

She is the co-founder of the Literacy Empowerment Action Project, a nonprofit that provides innovative literacy, school improvement, and youth development programming to expand educational opportunities globally. In addition, she is an Ambassador for the National Museum of African-American History and Culture. McGhee graduated from Catholic University Law School and Georgetown University and currently lives in Washington, DC.   Website:  https://www.tracychilesmcghee.us

Set in Arkansas in 1957,  the complexities of identity, yearnings for love and acceptance, and racial tension are all unmasked in the riveting literary drama, Melting the Blues, by debut author Tracy Chiles McGhee. Augustus Lee Rivers, a farmer and bluesman, has two obsessions:  his relationship with the Duncan family and his desire to leave small town Chinaberry to become a musician in Chicago. When his plans are prevented by a devastating betrayal, Augustus is driven into the belly of the blues where he must reckon with his past if he is to move forward. This intriguing, multi-layered historical tale beckons readers down a red dirt country road to bear witness to an unforgettable time, place, and people.

Praise for Melting the Blues by Tracy Chiles McGhee

"Debut novelist McGhee writes in earthy, rhythmic prose, often anthropomorphizing features of the novel's landscape...She lays bare a world where racial tension manifests in highly calculated and sometimes murderous interactions. The book is moralistic without moralizing, and no single character holds the high ground for long. Its maturity is exemplified by its knowledge of American history, as the narrative points beyond overt racial violence to the more insidious harm of coerced or deceptive contracts. A brave, musical story rich with Southern history." - Kirkus Reviews

"Melting the Blues" is a remarkable novel that is simultaneously haunting and hilarious; serious and sexy; mysterious and quite amusing to read. To write a definitive novel about freedom-internal and external-now, and avoid staid notions of race and identity is a feat. But, this is what McGhee has done. She has masterfully woven an original story full of drama and magnificent characters that will stay with you long after the turning of the last page." - Kwame Alexander, New York Times Best-Selling Author & Newbery Medalist

"Melting the Blues by Tracy Chiles McGhee is a beautiful story set against the backdrop of Arkansas in the 1950s ... The narration is descriptive, the scenes are vivid, and characters come alive. The author's fluidity in writing and exquisite language make this book a wonderful read. Augustus Lee Rivers and his good and faithful guitar will stay in the minds of readers for a long, long time. The plot has many twists and turns. The story has a gamut of emotions running through it - passion, acceptance, pain, heartbreak, transformation, and love, laced with rhythm and a lyrical quality that make the story and the characters convincing and relatable. The emotional journey is also reminiscent of the racial injustice that prevailed in the 1950s." - Mamta Madhavan for Readers' Favorite, 5 Starred Review

"It is not possible to praise too highly Tracy Chiles McGhee's powerful and compelling debut novel Melting the Blues. In this powerful work, we hear the voices of Maya Angelou, Ernest Gaines, Alice Walker and many other great Black writers reaching back to the ancestors. We hear the music of Billie Holiday, Bessie Smith and Robert Johnson. Melting the Blues tells an unforgettable story of Delta Bluesman Augustus Lee Rivers, trying to make it big in Chicago by playing his guitar, but like too many 'American dreams' for Black folks in the American South, they often become American nightmares. This lyrical and musical tale is filled with history and heartbreak. But in the end, it's the strong family and community that give us hope that the American dream is indeed our dream." - Ethel Morgan Smith, Author & Associate Professor of English, West Virginia University

"Fully steeped in southern tradition and the African-American experience, Melting the Blues by Tracy Chiles McGhee is a multilayered drama about the importance of family, community, and reconciling with one's past. A tale full of redemption and love ... A fascinating, expertly written debut." - Kayti Nika Raet for Readers' Favorite,  Starred Review

Tracy Chiles McGhee is an award-winning, multi-genre writer and the debut author of the acclaimed novel Melting the Blues. Kirkus Reviews describes the book as "A brave, musical story rich with Southern history."  Kayti Nika Raet for Readers' Favorite declares the book "A tale full of redemption and love ... A fascinating, expertly written debut."

2014 Finalist in the 2014 William Faulkner - William B. Wisdom Creative Writing Competition in the Novel-in-Progress Category

McGhee's writings have appeared in a variety of publications such as the bestselling anthology "Nothing But the Truth So Help Me God: 51 Women Reveal the Power of Positive Female Connection", "Reflections Literary and Arts Magazine", "BOMB Magazine", and "Tidal Basin Review".