Green-light Your Own Projects with Nina Foxx 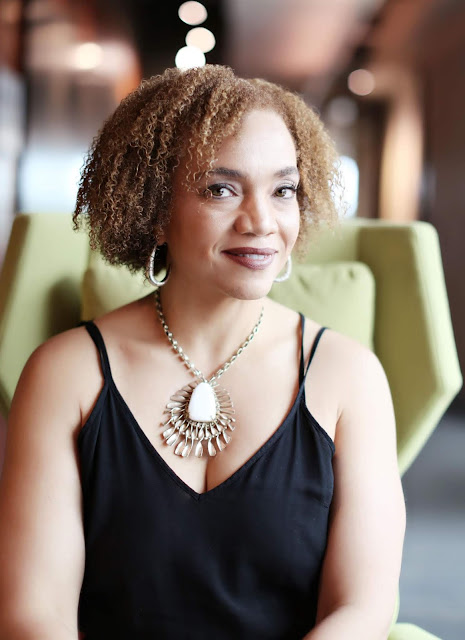 Green-light Your Own Projects: Funding the Dream in Film and Stage. Nina Foxx is an award-winning filmmaker, playwright, and novelist. Listen to her Sisterhood session today:  http://www.audioacrobat.com/sa/WlGwkvlT

The History
The Writing Sisters Summit was born in 2019 with the intent of bringing together writers, male and female, who want to hone their craft with and learn from other writers.

In 2020, The Retreat will take to the Sands of Taos, NM, featuring workshops by Seattle based NAACP Image award nominated writer, playwright and filmmaker, Nina Foxx , along with several of the writer-friends that she met through the course of her twenty years as a published author.

Nina created the summit with the intent of spurring creativity and creating community among writers that want to deepen and expand their craft and learn how to prepare their work for publishing. Foxx says “When we used to get book tours, I’d cross paths with other writers on the way to the independent bookstores and we had a community to help encourage us and learn. They felt like a family of close coworkers in an otherwise solitary occupation and we helped each other be more creative. The death of the indie bookstore has basically killed those bookstores and that connection, too. I want to re-create that.”

This year’s summit adds a wellness component reflecting Nina’s belief that strengthening the mind-body connection will help one focus on craft while understanding the underlying motivations for what is put on the page.

Summit Faculty Members
Other faculty members include Foxx’s writer-friends, Kwame Alexander the author of 32 books and New York Times best-seller and winner of the Newberry Medal. Kwame is also the founding editor of Versify, an imprint of Houghton-Mifflin. They will be joined by Carmen Green , Romance Novelist and Georgia- based writing professor. Several of Carmen’s works have been made into TV movies.

Wellness faculty include Jami Jones Ervin , Columbus, OH based Life Coach and pastor, and Albina Rippy , yoga instructor and owner of the Blue Sky Retreat Center, where the summit will be held. “I was so moved by what Nina was trying to do and it spoke to my own writing journey. I took a chance and reached out and asked if I could be the Yoga Instructor for the retreat.”

Originally from Kazakhstan, Albina and her husband Roger taught yoga at the US White House twice as part of Michelle Obama's Let's Move initiative and is a teacher of Yoga Studio owners, based primarily in Houston, TX.

Meet the Author
Seattle resident Nina Foxx is the author of over 17 works in multiple genres. She has won multiple African-American Literature Awards, is an NAACP Image Award nominee and was short-listed for a Doctorow Award in Innovative Fiction.

As a filmmaker, she has produced works that have been selections at numerous film festivals including Sundance, Tribeca, HBO’s Run & Shoot Film Festival and The Urban MediaMakers Film Festival. She has produced several plays based on her books, with the help of grants from the City of Seattle.

She and her husband Barry own Clever Vixen Media. Together they produce literary events. An Engineering psychologist by trade, she works at a major media company in User Experience and is a frequent speaker at technical conferences.

She volunteers her time on the local and national level promoting STEAM careers for under-served youth, often focusing on the value of storytelling in technology occupations.