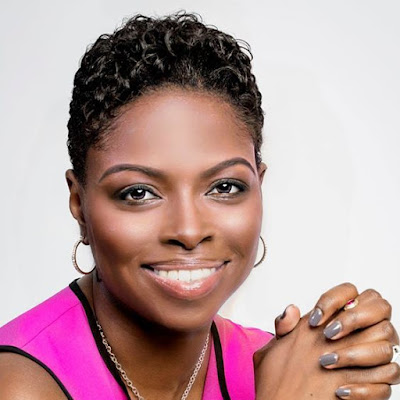 Topic:  CONQUERING THE ENEMY OF YOU - 5 Ways to Boost Your Self-Confidence

From losing a set of twins the day after she and her husband married to years of unemployment, suicidal thoughts and blended family woes, she soon learned that the only way out of every fire is to go through it. After going through the fire numerous times and coming out unscathed, she realized that every fire was orchestrated by God to burn some things off of her to make her better. Not only that, every fire gave her a greater testimony to share with others who may be encountering the same things.

Knowing, Claiming and Celebrating Your Worth!  Listen to her Crown Holders message:  http://www.audioacrobat.com/sa/W8wwFNZW

For many people who work both a 9-5 and a 5 p.m.-until, the thought of full-time entrepreneurship sounds enticing. The freedom. The flexibility. The power to set your own schedule and hours, take lunch and vacation when you please and, for many, the chance to do what you love. But when corporate door after corporate door closes unexpectedly, and you’re pushed into the middle of the entrepreneurship ocean without a life jacket, it’s sink or swim. Literally.

In just 90 days, I’ve learned three key lessons that I’m sure many full-time entrepreneurs have encountered somewhere along the journey.

1. Your mind has to totally transform from employee to CEO. You can no longer focus on the day-to-day tactics and deliverables. You have to focus on strategy, business development and growth and client retention. Your mind has to be stable. You can’t be a double-minded man. There’s no time for doubt, fear, laziness, second guessing who you are, what you do, and why you do it better than anyone else. Find the confidence. Pull it from somewhere. The same confidence you had in yourself when you were trying to climb the corporate ladder is the same confidence that’s going to keep your head above water as an entrepreneur.

2. Just because the phone rings doesn’t mean you should answer it. Insulate yourself. That doesn’t mean isolate. It means filter the people, the circle, the colleagues you associate with during your season of transition. Everyone who asks, “How’s the business going?” isn’t asking to encourage you. Believe it or not, there are people who, for whatever reason, get off on the downfall (or slow crawl) of another. Screen your calls. If it’s important, they’ll leave a voicemail. If not, they’ll call back. But if picking up the phone is going to throw you off track for the rest of the day, or it’s going to upset you, or it’s going to throw off your deadline—decline.

3. Guard your eyes and ears. What are you listening to? What are you watching? Do you even have time to watch TV? I find myself playing worship music (even in the background while I’m working) and reading motivational books, in addition to the Bible of course. Here’s what I know: If you do absolutely nothing to hear or read good messages, bad news, depression, negative thoughts will come naturally. You don’t have to do anything to attract them. But you have to be intentionally intentional about repelling them. Listen to motivational videos by speakers such as Eric Thomas (E.T. The Hip Hop Preacher), motivational audio books, or that special genre of music that helps you get stuff done (as long as you don’t dance around your office too much)!

Taking a Book from the Page to the Stage: Five Key Lessons Learned by Tenita Johnson

It’s been a little weeks since the debut of my stage play, When the Smoke Clears. While I never set out to become a playwright, birds of a feather…well, you know the rest. For the past five years, I’ve been surrounded by not just other authors, but playwrights, producers, directors and even actors. And while I started out as a resource for a phenomenal group of creatives, Urban Playwrights United (UPU), I soon became an official member and part of the tribe. By June of 2017, I’d partnered up with two people I consider to be my dream team, Melissa Talbot and Richard Bass, two industry connections that came through continued engagement with UPU.

After multiple revisions to the script, a few days of a casting call and a secured venue, we walked into what would be six to eight weeks of rehearsals. On August 12 and 13, we presented multiple shows to sold-out audiences at The Boll Theatre in downtown Detroit. Since then, I’ve received inbox messages, phone calls and emails for authors who “want to pick my brain” (whatever that really means) about taking their book from the page to the stage. While I don’t have the time (or much brain matter left) to consult with each individual for hours on the best strategy for them, I thought it best to at least make some lessons learned public to help the author who is even considering taking their bestseller to the stage. Here goes.

1.  Main ideas over miniscule details. You’ve got an hour and a half, maybe two hours max, to wow an audience. While your book may be 250 pages, all of that content won’t fit into an hour and a half production. We took the main ideas from the book, When the Smoke Clears: A Phoenix Rises, such as loss of a loved one, problems in marriage, blended family and family secrets—and presented those key concepts on stage.

2.  Write it, then release it. Many times, authors look at their manuscripts and books as babies. We protect them. We cover them. We don’t want to release them too soon because, well…we don’t want anyone to critique or criticize “our baby.” But in drafting the script, I had to yield to the flow of the characters and the plot. I had to yield to the creative direction of the producer and director. If something didn’t make sense, it didn’t flow well, or it was flat out boring (or cliché) for theater, we removed it. You can’t want to hold on so tight to your voice, your story and your final product that you don’t bend to suggestions.

3.  Don’t wear your feelings on your shoulders. This ain’t (yep, I said ain’t) for the faint at heart. Remain open for constructive (not bickering and complaining) criticism. Even when people love the show, they will ask questions that you may have left unanswered (intentionally) and they’ll call out the holes you could possibly fill moving forward. Everyone won’t love the show. Some people will hate it. Take it with a grain of salt, make adjustments where you can and keep it moving.

4.  Pay the professionals, and let them do the job you paid them to do.  As much as I hate micromanagers, I’m guilty of the same (sometimes, maybe). If you try to write, direct, produce and act in your own production (and sell tickets at the door and sell your own books at your vendor table), you’ll be overwhelmed. If you can achieve the vision all by yourself, and you don’t need help, the vision isn’t big enough. By the second week of rehearsals, the producer and director had politely excused me from rehearsals (well, they kind of kicked me out). I had to trust them to bring the vision to life. I had to trust the actors to deliver it in excellence. I had to trust the door sales crew, the person managing my book sales and even the theatre lighting and sound tech. You’re going to have to trust other people to bring this to life! Pay the professionals, and stay in your lane.

5.  Mistakes and mishaps are inevitable. Don’t sweat the small stuff. My cast will tell you I was shaking like a leaf behind stage, nervous for THEM! They missed lines. It was a wardrobe tsunami on the sides of the stage. And I tried my best not to get fake blood on my white suit jacket as I poured it on the hands of a cast member who was moving way too fast. The day of, things won’t go perfectly. They won’t go off without a hitch. But more times than not, you’re worried about stuff that the audience won’t even notice. Breathe, and let the experts do what they do best.

About Tenita Johnson, Editorial Manager
If she’s driving down the street at 70 miles per hour, a spelling error on a highway billboard is sure to jump out at her. Although Tenita may not pull the car over, she may contact the advertiser as a courtesy to let them know, in case they want to fix it of course. What may not matter to most has become an obsession and passion for Tenita Johnson, editor extraordinaire and writer.

Well-known for transforming others’ thoughts and ideas into written masterpieces, her writing style has catapulted her into a journalism success for over 17 years. Combined with her perfection of writing and her keen eye for spelling and grammatical errors, she established So It Is Written LLC.

During her attendance at the University of Missouri-Columbia, where she received a Bachelor of Journalism, she worked as both a writer and copy editor at the Columbia Missourian. This helped hone her writing and editing skills to successfully compete in today’s literary industry and beyond.

Through So It Is Written, she is committed to helping authors nationwide perfect their manuscripts and successfully complete the publishing process. Tenita helps authors bury their boring bios and shines the brightest light on even the beginning author. Her press releases have drawn attention from various forms of media, creating distinct brand images for authors long before their books hit the shelves.

Together with her education and literary industry experience, she seeks to form relationships, not build a database of clientele. Once you’ve experienced her work, you won’t settle for anything less. And no matter how busy she is, she still takes the time to correct a spelling error on a billboard…or a street sign…or a restaurant menu. Yep, it’s that deep for her.

Grammatically Incorrect: When Commas Save Your Sentences & Your Reputation by Tenita Johnson

Dashes, commas and colons, oh my! Punctuation not only matters—it saves lives. After all, “Let’s eat, Mike,” takes on a whole new meaning when written as, “Let’s eat Mike.” Furthermore, it could lead to years of jail time. But, have no fear! The professional editor is here!

Grammatically Incorrect: When Commas Save Your Sentences & Your Reputation not only offers self-editing tips that help save you time and money--it explains why women aren’t the only ones who don’t like periods.

In this book, you will learn:

• Why your professional editor is your best friend
• The price you pay for perfection
• Why the truth may not set you free, but it will save your manuscript
• Ten grammatical errors that will land you a ticket with the grammar police
• Why all levels of editing are not created equal
• And more!

Whether you’re uncertain of when to use affect vs. effect, or you use a semicolon where there should be a period, this must-have resource will definitely set you apart from the competition! Your readers may not judge your book by its cover—but they will if it has a typo.

Purchase Grammatically Incorrect: When Commas Save Your Sentences & Your Reputation by Tenita Johnson - http://www.amazon.com/Grammatically-Incorrect-Commas-Sentences-Reputation-ebook/dp/B01CSYR20Q