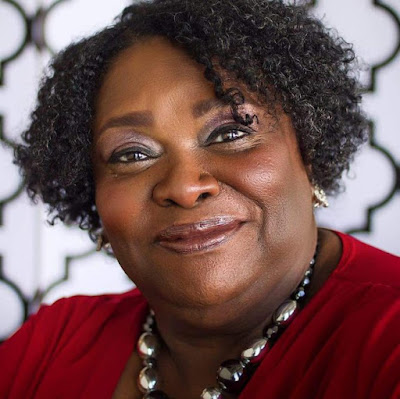 “Live today facing forward—with your back on yesterday, your eyes on tomorrow, and your head and heart in the moment.” — Richelle E. Goodrich, Smile Anyway: Quotes, Verse, & Grumblings for Every Day of the Year


There are a number of people who have inspired me in my career; most are in the theater, music or writing industries, others are family, friends and well-wishers. I appreciate them all but this time I want to acknowledge four people who have no idea how their words have encouraged and inspired me.

I decided I would borrow a title from the television show “Unsung.” If you haven’t seen the show it chronicles the lives of many once famous soul singers, musicians and groups who have dropped out of sight. It is not like the people who motivate me consider themselves famous or seek fame for themselves; it is more like they are ordinary people who’ve helped me in an extraordinary way.

When I started writing about the unmentionable subjects that people in the church only whispered about it was as much cathartic as it was about being creative. I thought of myself as a champion of the walking wounded, that’s what I call people who are smiling on the outside but hurting on the inside. I knew I could do a good job because, after all, I was one of them. Who better?

After a while I found myself in an automated mode. The plays weren’t impacting people the way I thought they should. It became a job and not in a good way. It was more like following through on a commitment and less about doing what I loved. I wanted to quit.

My ‘unsung’ heroes have no idea of the impact they had on me. They probably don’t even remember what they did or what they said or that it even had an impact on me.

One of the most impactful moments was the day a woman in a gray coat and floral scarf approached me after one of my plays about a dysfunctional family. Even though we didn’t know each other, she wanted me to know that eight years earlier she and her oldest daughter who lived 200 miles away had had an argument and hadn’t spoken since. No calls, no cards, no holidays…nothing. However, after seeing the play, she was going home and call her daughter. She thanked me and said, “Keep doing what you’re doing. You helping people.”

A few years later I was having a difficult time personally and professionally. After one of the rehearsals, I told him I had to cut the scene between the pastor (his character) and his brother who was the result of his mother’s affair. The man became agitated and accused me saying what his wife had told me to say. I showed him the scene. He relaxed and told me he grew up believing that his mother was dead…until a few months ago when a man from another state started calling him saying that he was his younger brother and that there were other siblings as well.

He told his father about the calls, his father finally confessed that the man’s mother left with another man when he was a toddler. He was hurt, angry and wanted nothing to do with his ‘new’ brother, mother or anyone in her other family.  He said he needed to pray but to leave the scene in. A few weeks after the play, his wife told me he contacted his brother and was going to meet the other members of his family.  That news made my problems seem more manageable…

Then there was a well-dressed, middle-aged woman who had attended several of my plays who told she couldn’t mentor teen-age girls in her church fearing the exposure of her youthful promiscuity and resulting abortions. Ultimately after watching one of the plays and talking to a counselor, she decided that being transparent with them could help them and help heal her.

Lastly, there was the domestic abuse survivor, a minister’s wife who didn’t want people to know her story for fear they’d lose respect for her but wanted to start a young women’s group. She, too, later changed her mind, got help and started talking to women about her past. She appreciated being able to be of service to others.

So whenever I get to the point that I want to quit (yes that happens to me too) and I start blowing up balloons and playing sad songs for my ‘Can’t Take It Anymore’ pity party, I remember my unsung heroes: the restored families, women helping women, and domestic abuse survivors. These people – some with names I never knew – who spent a few hours one evening watching one of my plays and left the theater with the courage to take a step toward facing their fears and faults to live a fuller life. If they can do that, surely I can keep writing.

Our stories whether written on the page of a book or dramatized on the stage have the ability to not only reveal an issue but also to be a catalyst for change and restoration. Like the lady in the gray coat and floral scarf said, “You helping people.”

Hill advises her consultancy clients to write like a winner: Diligently, daringly and with every fiber of their beings. Play-writing is a business and if anyone understands the business of play-writing and production it is Jeanette Hill.

The award-winning playwright (The Best Lesson, Dealing with Daddy’s Devils and The Silent City) seamlessly combines the best of traditional with urban theater. From a business perspective, Hill is a firm believer that art does not have to bow down to profit or lack of quality to be entertaining.

Jeanette Hill was featured in the documentary, “Black and Write,” and selected to participate in the D.C. Black Theatre Festival. She is the 2013 recipient of the Kingdomwood Christian Film Festival’s “People’s Choice Award for a Stage Play,” and the winner of the renowned Atlanta Black Theatre Festival’s “Best Staged Reading” award. And she is a winner of the 2014 Black Pearls Magazine Literary Excellence Awards.

Hill’s community activism is demonstrated in the projects she’s taken on such as anti-bullying campaigns as well as faith-based initiatives to promote the arts. She is a sought-after workshop facilitator, speaker and conference panelist.

The Akron, Ohio native currently works and resides with her family in Austin, Texas.