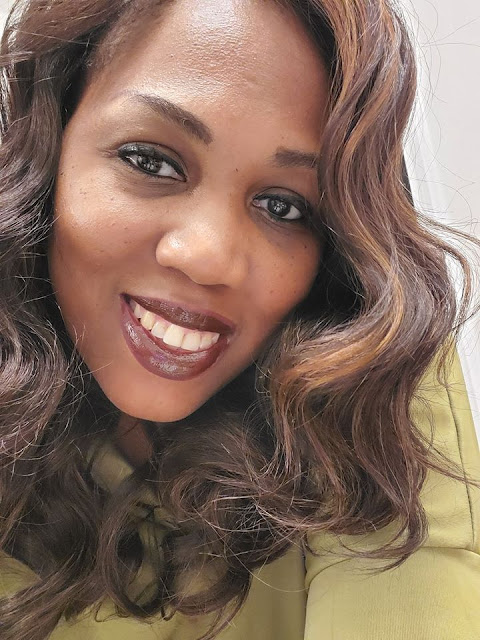 It isn’t my intention to take anything away from my wonderful husband who is and has been the backbone of our foundation for 20 years, providing not only a financial support, but mental support to my dreams, visions and endeavors. It isn’t my intent to slight my beautiful daughter who loves me unconditionally and supports me through the good and bad times of our relationship that remains strong. It’s not even to say that the small hands and feet of the adorable babies I am blessed to be a grandmother to aren’t pushing me and driving me to succeed.

It is to say that the person who motivates me the most is no longer on this earth. He transitioned to heaven long before I had my first child, before I would even graduate high school. Yet, every hurdle that I have jumped, every race that I have finished, I look up to the sky and I ask him one simple question: “Are you proud of me?” It is the things that I wanted to share with him, the accomplishments that I achieve that I want him to tell me, “Well done.”

I was considered the ugly duckling, the child in my family that no one loved, but he did. He loved me so much so that the other children began to take notice. “You’re grandpa’s favorite,” they would say shockingly.

That knowledge would now make me the one sent to ask Grandpa for cookies or money for the ice cream truck for all the grandchildren who waited in anticipation. “Go ask!” they would coax, as I willingly and sometimes unwillingly went into my grandfather’s presence to ask what the others thought would surely bring them an answer of “No,” while I would undoubtedly receive the favored, “Yes,” most every time.

The few times he would say, “No” he would always call me back in and change his answer. It was as if it wasn’t in him to tell me no. He just couldn’t be amongst the ones who disappointed me, but I was never disappointed with him and now that he’s no longer on this earth for me to tell him, I can only pray that he knows, that he knew just how much he means to me.

He has imparted so much into my life, that even though I have the worst memory known to man, he left me with times to cherish and hold on to. Times when I would see my grandfather sitting on the porch confined to an oxygen tank encouraging me to run as fast as I could.

The times when I would return and see the smile on his face or hear him say, “You did great, baby!” It is the times when I would sit at his feet and watch his favorite television shows, or even the times he would let me play in his soft and wavy silver gray hair.  “Your grandmother loved to play in my hair,” he would say. I could understand why. My grandmother was now stricken with Alzheimer’s disease and this was painful for him to watch. I didn’t like to see him hurting, but I would love to hear the stories of the love he and my grandmother shared. It was a love that I vowed that I too would have one day, a love that I now share with my husband.

It is the times when my mother would yell and scold me and I, in turn would run to my grandfather and tell him everything, knowing for sure that I was right. I would wait patiently to hear him tell me so! He would sit me down and calmly say, “Baby, I’m not going to say that you’re right, and I’m not going to say that you’re wrong, but what I know is that the world is round and what goes around comes back around. Whoever’s wrong will reap what they sow.” I was so proud of him!

He didn’t say what I wanted him to say, he said much better. He didn’t  chastise my mother for what I thought was bad parenting, he didn’t chastise me for being a tattle tale or unruly child, he showed me the definition of love and with that I was satisfied.

It is the times that I would proudly hand him my report cards and he in return would hand me a five dollar bill for every A, and three dollars for every B. A tradition that I tried to keep with my own children, but fell horribly short. There are so many reasons I could give to explain why, I deem him to be an example of a true grandparent, one who was truly part of my village, one who even today I strive to be more like.

Because of him, I am a strong woman who walks boldly with her head held high, not allowing anyone to define who I am. I am a woman who sets goals and strives to achieve or surpass them. Because of him, I am who I am and proud of it! So yes, he is my motivator, my motivation, and my encouragement. He is my grandfather, Charles Camel Hodges, Jr.

About the Author
Norlita Brown, a Detroit native, holds a BA in English from Georgia State University. She is the co-founder of Brown Essence, Inc., a boutique publishing company that has set out to put a realistic face on the problems in the African American community.

Brown is the co-author of two works of poetry and one collection of words of wisdom. She is the author of three novels and a collection of short stories. Brown’s work has also been included in an anthology brought together by Kendra Norman-Holmes as well as the award-winning anthology by National bestselling author, ReShonda Tate Billingsley, The Motherhood Diaries.

With much to say, Brown plans to continue writing, with the hope that through her work readers may find something entertaining, enlightening or purposeful. “It doesn’t matter which,” she admits as she believes her writing is much more than just words on paper.