The Hezekiah Effect for Writers By Sherryle Kiser Jackson

The Hezekiah Effect for Writers
By Sherryle Kiser Jackson, author of The Promised Land 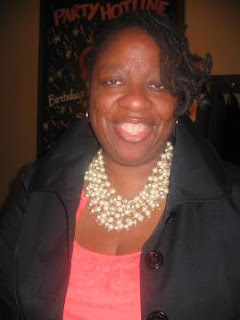 Someone estimated that everybody gets about 15 minutes of fame. It would suggest that the recognition we receive as writers for our works will ultimately subside to make way for someone else’s time. When does our 15 minutes begin? Is it when you have crystallized a theme or idea in your mind and proudly announce to friends and loved ones, “I am writing a book?” Is it the minute you learn to juggle the creative and business side of writing shopping your completed manuscript and securing a publishing deal. Or does it happen much later when you see your finished product properly bound with your name prominently on the packaging?

As writers we are all somewhere in that process. Even though we may not have submitted our offerings for recognition and fame, we ultimately want someone to read it, right? I mean, we did have something to say. Somehow we are lead to believe that our book’s release date is the starting time and like a Domino Pizza delivery guy we are hell bent to deliver in 30 minutes or less. Is the clock ticking on our book’s relevance? Does the amount of time our books sit on the shelves before being noticed and appreciated by the masses diminish its poignancy? Don’t we all wish that we have written a classic and definitive novel in our particular genre that will receive steady sales that leave our publishers with no other choice but to go into a second, third or fourth reprinting?

New authors, especially those not use to running into that phone booth as a mere citizen of the creative world and emerging as a book marketing expert, are particularly concerned about their book’s shelf life. They may still be on hold with the publicity department trying to figure out what their publisher is going to do to help market their book for them or in the line at Kinko’s printing out a thousand homemade flyers. What is a press release?

In Biblical times, Hezekiah, the King of Judah faced the end of his life. The prophet, Isaiah was sent to tell him, “set your affairs in order, for you are going to die.” A premature death was prescribed to Hezekiah. How does a man face his last and final days? Hezekiah had a mild breakdown, similar to the one many authors have when they think of the thousands of books in the bookstore, or worse, in their living room, that they have no idea how to move. Hezekiah didn’t accept the timeline given to him. It is written that on his sick bed, he turned his faith to the wall and prayed to the Lord, reminding Him at the same time of how faithful he had been.

“Father, remember the countless hours I have spent, writing, researching, editing and re-writing this novel. I got up every morning and completed my morning papers like Julia Cameron suggested in The Artist Way. I cut my ties to the literal and tried my best to show-not-tell as outlined in the Elements of Style, by Shrunk and White. Not to mention the money I spent in conferences, writer’s workshops and retreats. I understand its all part of the deal. The books are not going to sale themselves. Please don’t let them send my book back to the publisher. Please, Lord, I’ve got to make back my advance.”

The Lord heard Hezekiah’s plea and agreed he was indeed faithful to his craft. God promised he would heal him and added fifteen more years on to his life. Another fifteen. What could we do with another fifteen minutes of fame. Maybe we could truly make a coast to coast book tour. That might be just enough time for the producers at Oprah to unearth your book from the slush pile of perspective Oprah Book Club picks. Heck, you need that extra time just to explore the infinite possibilities of on-line marketing-the real new frontier.

So we can learn a thing or two from Hezekiah: don’t let critics mark the time of death for your book, stay faithful to your craft, and take a kneel beside your laptop or PC, stare at that that wall cluttered with pin ups of character sketches, outlines and literary contacts and pray for mercy.


About the Author
Sherryle Kiser Jackson is an author of seven titles, most recently The Promised Land, Path to Promise and Land of Promiscuity. She is also founder and host of the Write Away Weekend, an intensive writer's residency. Connect with Sherryle's Lit World at: http://www.sherrylejackson.com

Listen to a reading from Land of Promiscuity by Sherryle Kiser Jackson
http://www.audioacrobat.com/note/ChtfkqC4