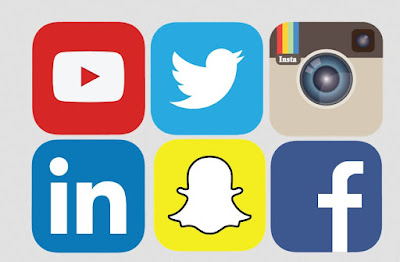 Whose business is it anyway?

“There are certain things you don’t say or do in mixed company.”  When I said that to a group of middle schoolers, they laughed.  Some out of ignorance to what the phrase means.  Still others laughed because surely, I was the uneducated one and hadn’t been schooled in the rule of the day that everything goes.  I got that apparently dated adage from my mother.  Albeit, she was from a different generation, but she knew there was a distinct difference between what is public and what should be kept private.

We’re a socially promiscuous society.  We’re voyeurs of the highest order.
We demand other people’s embarrassing, lewd and unfortunate circumstances served up with our morning corn flakes then think we’re entitled to expound upon it.  Let’s take social media for instance.  We are like the kid in the public domain sandbox baring his/her private parts and daring someone to show theirs in return.  Think about it.  How many times have you seen a picture or post on Facebook or Twitter that made you blush?  Who here is willing to admit you speak too candidly about the details of your life or that of a celebrity.  And isn’t it the most inappropriate, shocking or vulgar reality-based snippet that you feel compelled to share or have seen reposted multiple times.

I was even baited into clicking on a video that would prove the rumors about the sexual orientation of a specific celebrity true once and for all.  Although I had on many different occasions exclaimed, “That was their business.”  I watched it because it was shared on the FB wall. I was horrified to see it branded on my page as videos I’ve recently watched.  Hold up now, that’s my business.

Facebook seems to be sprouting feeds.  Feeds on the side of the wall, tracking your every move and that of your friends on the matrix officially makes Mark Zuckleberg the biggest brother of them all.  Instead of a covert operation to watch you through bugs and phone taps we’ve given him and potential employers a panoramic view.  I knew it was a new day when at the Back to School welcome address for teachers, we were urged to clean up our online presence because students and their parents alike would surely Google us before they buy the last item on their school supply list.

“Don’t ever put anything down in print that you don’t want to come back and haunt you.” Yet another pearl of wisdom from a nearly eighty year old mom that couldn’t possibly conceive the speed at which messages are carried.  Thank God for the “Delete post” option.  I have said some stupid stuff that was grammatically incoherent in an attempt to post-the-most.  It’s none of your business that I am a blabbermouth presently on hold with Mark Zuckleberg to add an automatic spell-check feature to each of my post.  Thank goodness it was added!

Social Media is not solely to blame for our loose ways.
Trust me, I am a consumer as well and not some radical living in a bunker.  I was amazed at how old acquaintances from the old neighborhood, my graduating class and a couple of cousins twice-removed were drawn to me like gnats on fly paper just days after joining the FB revolution.  I know the benefits and savings of updating my loved ones online as opposed to updates by mail or the occasional face to face visit.

Who can forget the golden-rule, Thou shall not air dirty laundry, particularly thine own. Clearly this was in effect circa BRW (before The Real World).  Reality TV is about as unscripted as Mitt Romney’s running mate introduction.  Are we to believe they call a take and yell cut 30 minutes later.  I mean who thinks and then eventually says, “ Tee Tee and Trina haven’t been getting along since their big fight at the club, so I invited them to lunch to talk it out. Can you say cue WWF Smackdown music?

Tabloid-TV like TMZ fill our TMI* meter to the brim if not overflowing.  Whose business is it anyway?  Why do I need to know that the one of the two ghostly Twilight movie stars stepped out on the other?  And why have some waited with baited breath until Jennifer Anniston got engaged as if she was the only pretty girl dumped by an equally pretty boy.  Lastly, it was oh-so or shall I say,  Ocho-wrong of me to watch the HBO release of the Miami Dolphins coach canning Chad Ocho-Cinco after head bumping his wife.  Wait, did I say, me?

“You are what you say you are.”  Modern day translation, you are what you say, share and admit to watching.  I wish I had all the boy band charm and talent to sing like Justin Timberlake, but instead of bringing “Sexy Back.”  I want to bring conservative back.  Discretion back, not as-sexy as the original, I know, but needed.  Leave something to the imagination.  As I suggest in my latest novel, Land of Promiscuity, there is a price to pay for being indiscriminate. You’re squandering something of your own when you’re preoccupied too long with someone else’s matters. Mind yours. Mine or tap into yours. What is the something that I am referring to – well that’s your business!

About the Author
Multi-published author, dynamic speaker, teacher, wife and mother, Sherryle Kiser Jackson hails from Prince Georges County Maryland. Trained at Salisbury State University, she’s a teacher by profession, but a writer by pure passion. She serves up her unique brand of Soul-Satisfying Reads as her writing style reflects an honest commentary on her life with Christ. Her first novel, Soon and Very Soon, was published in 2007 followed by her sophomore title, The Manual, in 2009. Soon After, Taylor Made, Land of Promiscuity, Path to Promise round out her traditionally-published bookshelf.

Submissionary and most recently, The Promised Land are published on her own publishing company Holy*Ghost*Writing*. Sherryle lives in Charles County, Maryland (DC) with her husband and children.