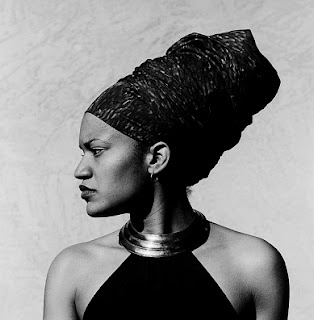 In past literature portraits of women were reflected only as a man’s view of what women should be.  What women had actually felt and experienced had not been heard of in literature. Traditionally in most fiction, men were the central characters and women just played a background figure.

When male writers depict female characters, they often write from a fiercely male perspective. Women were seen primarily in relation to male protagonist who occupied the works. Generally African American male writers were in the depictions of the above stated observation.

Women of African origin in the United States were keenly aware of the impact of race, class gender and oppression upon their lives. Since slavery they had struggled individually and in groups to eradicate the multiple injustices which their communities face. The history of black women in United States began with the forced migration of millions of African women from the interiors of the west coast of Africa. They were transported as human cargo across the Atlantic Ocean to plantations in the West Indies. The enslaved Africans were then sold to European colonies.


Black women faced misery and suffering in redefining themselves. The enslaved black women were not given proper medical care, because blacks were assumed to be less fragile; who gave birth easily and therefore needed less care than white women. The women were made to work as lumberjacks and turpentine producers in the forests of Georgia and Carolina. They hauled logs by leather straps attached to their shoulders. They plowed using mules or oxen and sometimes worked with heaviest implements available.

Black men under slavery were equally powerless, so the women could not depend upon them for protection, but at time even they poured out their frustration on the black women. Therefore the black women had to protect themselves against the white men. Some were bold enough to rebel and fight against their masters; some even murdered them while they managed to escape. By the end of nineteenth century numerous clubs and organizations came to support women suffrage and gave priority to social and political issues that affected the black community as well as black women specifically. The National Association of Colored Women formed in 1896 brought together more than one hundred black women’s club.


Many movements like the Civil Rights Movement (1955-1965), started by Martin Luther King came up to rebel against racism presented by the Black Panthers.  Student Nonviolent Coordinating Committee (SNCC) and others came face to face with black liberation. The Black feminist movement grew out of and in response to the Black Liberation Movement and Women’s Movement in an effort to meet the needs of black women who felt they were being racially oppressed in women’s movement and sexually oppressed in the black liberation movement.

Segregation breeds hostility and fear, superiority and inferiority.  In the 1930s and 1940s, African-Americans is the southern states of the USA were treated with contempt by the majority of white people. There was segregation. Black people were not allowed to have good school, good jobs, good housing or medical treatment. They were kept poor and ignorant. They had to treat white people with respect and show great humility. They were employed by whites, but were paid very little.

Black children feared whites, and in fact, as in the case of the author, did not think of them as being human. At that time in America, women had a lower place in society that man, both for whites and Blacks.  During the times of slavery, the order of importance in American Society was clearly mapped out. First the white males, next white women, then black males, and finally black women.  So being a black woman was thought to be as low in society as one could be.  They were servants to whites and servants to men. However, things were different in the north. Blacks had a much easier time than those in the south.  Black women in general would suffer the same harsh and unbearable treatment from black men, as they would white, physical abuse, emotional abuse, and sexual assault were all a part of the everyday lives of African American women during the age of slavery.

Literature and the Black Womanist/Feminist Movement
Many writers defined the Black Feminist Movement, but the most notable is Alice Walker, defining black feminist movement as “Womanism”.  Alice Walker, one of the leading voices amongst black American women writers, has produced an acclaimed body of work including: poetry, novels, short stories, essays, and political themed criticisms. Her writings portrays the struggle of black people throughout history. She is praised for her insightful and riveting portraits of black culture, in particular the experiences of women in a often times sexist and racist society.

Alice Walker in her acclaimed womanist prose In Search Of Our Mother’s Garden  defines “Womanist”  as  “a black feminist or feminist of color. ”   Three main writers heralded the rise of a new black women’s creative activism.  Michelle Wallace’s controversial Black Macho and the Myth of the Superwoman (1978).  Ntozake Shanges’s explosive play For Colored Girls Who Have Considered Suicide When the Rainbow is Enuf (1975) and Alice Walker’s powerful and provocative novel The Color Purple (1982).


Black feminist groups had to overcome three mammoth challenges that no other feminist group had to face.  The first  and most important challenge was to “convince other black women that feminism was their power to claim. Feminism was not just for other races of women.”   2) They also had to demand that women of other races “join this fight, this movement, with them and embrace diversity” and   3) “face the equally misogynist and gender bias attitude of Black Nationalists.”  Alice Walker and other womanists pointed out that black women experienced a different and more intense kind of oppression from that of white women.


“ Black Women” says Alice Walker  “are of America’s greatest heroes… Not enough credit has been given to the black women who have been oppressed beyond recognition.”  A good majority of Walker’s novels, short stories, essays, and poems focus on issues of civil rights, emphasizing especially the plight of black women, who suffer the dual oppression of racism and sexism.

Black feminists contend that the liberation of black women entails freedom for all people,  of all races, classes and religions  since it would bring about the end of racism, sexism, and class oppression.  The black feminist writers through their works aimed at demolishing the negative portrayal of black people by white writers and society. They presented their people as complete, whole and independent and not as the downtrodden people who were suppressed for hundreds of years. Though black feminist writers wrote of a particular race, yet they had a universal appeal because the oppression of women exists in all communities, male-female relationships, emotions, feelings were same for all human beings.

Zora Neal Hurston was serious cataloger of African American folk stories, dialect and religious practices. Hurston wrote four novels and more than 50 published short stories, plays, and essays.  She is a legend in the literary world. Several of Hurston's literary contemporaries criticized Hurston's use of dialect as a representation of African American lore. The credit of Hurston’s rise to current literary greatness goes to Alice Walker.  An article, "In Search of Zora Neale Hurston", written by Alice Walker for the March 1975 issue of Ms. Magazine renewed interest in Hurston's work.

In her works, Walker found African American people were presented as complete and complex individual undiminished by the negative stereotypes of the characterizations depicted by the society. Hurston was rejected by society for picturing African American people as whole and complete in themselves instead of downtrodden, oppressed people. Many contemporary writers today strive to bring the same solid sense of unity, peace, purpose and freedom to Black people world wide. Who are your favorite modern day feminist writers?

Email ThisBlogThis!Share to TwitterShare to FacebookShare to Pinterest
Explore More: For My Sisters, Writing Life