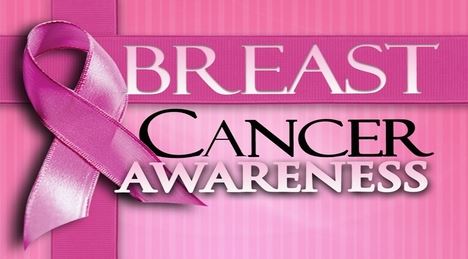 As I thought about the two main things we focus on during this time of year- Breast Cancer and Domestic Violence, I trembled. They are two horrific events that can transform the lives of women, men, spouses, children and families.


Breast cancer attacks the human body of mostly women.  It has specific purposes which include an aim to take us out, to put us down, to make us feel ashamed, to wreak havoc in our bodies until we give up and give in. It causes our immune system to weaken and sometimes it saps our strength and frightens us like nothing else ever has done before. It forces itself upon us; it doesn’t ask permission to enter and take up residence inside of our breasts. It even has the audacity to move outside of our breasts and into our lymph nodes with a vengeance. It is cruel and it even disfigures many of us. Oh my! What a wretched attack. African-Americans are 40% more likely to die of breast cancer than white women in the U.S.  (Daniel J. DeNoon, WebMD Health News).


There is not an actually known cause for breast cancer but studies show that it happens mostly in women over age 50. There is also a greater risk of a woman developing breast cancer in a family where a sister, mother, daughter has battled breast cancer. Breast cancer can also occur in men.


Fight the good fight of the faith. Take hold of the eternal life to which you were called when you made your good confession in the presence of many witnesses.   1 Timothy 6:12 (NIV)

The next horrific event that we bring awareness to is domestic violence.
Wikipedia defines it as follows, “Domestic violence, also known as domestic abuse, spousal abuse, child abuse or intimate partner violence (IPV), can be broadly defined a pattern of abusive behaviors by one or both partners in an intimate relationship such as marriage, dating, family, friends or cohabitation. Domestic violence has many forms including physical aggression (hitting, kicking, biting, shoving, restraining, throwing objects), or threats thereof; sexual abuse; emotional abuse; controlling or domineering; intimidation; stalking; passive/covert abuse (e.g., neglect); and economic deprivation  (http://en.wikipedia.org/wiki/Domestic_violence).”

Being a domestic violence survivor, it is one of the most debilitating, the most inhumane offenses that exist. It can destroy a person’s self-image, self-esteem, and self-worth.  Domestic abuse can ruin the futures of all that it touches. I am one that is a survivor, one that can testify to its terrible, lifelong effects. There are others who did not get that chance because domestic violence can also kill.


Domestic violence continues to rise. It does not care where it strikes or whom it strikes. It occurs to women and men, children and infants. It can be found in the homes of the richest and those who are poverty stricken. It has no racial barriers and therefore Blacks, Whites, Hispanics, Native Americans and all races are privy to its vial and vicious attacks. It murders and maims. It destroys families and scars children for life. Like breast cancer, domestic violence has one main objective: to destroy.   He will rescue them from oppression and violence, for precious is their blood in his sight. Psalm 72:14 (NIV)

About the Author
Shelia E. Bell is an award-winning, national bestselling author with 30+ books published in faith-based fiction, women’s fiction, young adult genres, and nonfiction. Her books have garnered numerous awards and accolades.

Shelia began her publishing career in 1999. Since then, she has set the literary industry ablaze with her dynamic, true to life stories that she calls "perfect stories about imperfect people like you...and me."

Shelia is passionate about helping others and encourages and promotes people to ‘live their dreams now.’ In 2012, she founded a non profit organization Black Writers And Book Clubs (BWABC) Literacy Association with a mission to promote literacy one community at a time. Shelia is also a well-respected freelance book editor.

As an inspirational speaker, Shelia has traveled near and far sharing her messages of how to overcome the adversities of life. Having had polio since the age of two, she accepts no excuses and is determined not to let her physical imperfections keep her from her life’s purposes.

Email ThisBlogThis!Share to TwitterShare to FacebookShare to Pinterest
Explore More: Articles, Daily Tea, For My Sisters