The Imperfect Heroine by Imani Wisdom 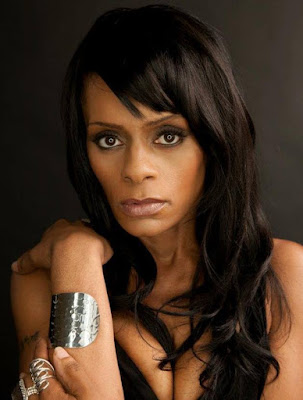 I sat alone in a darkened room, swimming in an emotional pool of despair; I cried a lot and prayed often. And yet the more I surrendered my heart to the Creator, I felt a huge disconnect. Riddled in sorrow, I tried to think positive like envisioning my children’s their lovely faces. For a moment, it almost worked. But the depression was too great. I couldn’t even crack a smile. The murkiness had fallen deep into my soul. And my children – my three wonderful blessings – I felt they were better off. I was ready to give up.

I leaned back against the chair of where I sat and strangely thought of my silk scarf I had tied to my head. My life was in such chaos back then, I rarely had taken it off. The scarf symbolized a shield against the status quo – your hair equates beauty. But for me, I didn’t give a rats-behind about being “prettied”. I ballooned to two hundred fifty pounds on a five-feet-two inch frame. Depression and I didn’t care. We didn’t care about the latest styles or extreme makeovers; we just wanted to be withdrawn with our own pitiful thoughts, hoping those thoughts would get the best of us.

I knew for certain I wanted to end it. My tears were apparent like April showers, and one by one they were cascading into a tailspin. I couldn’t bear it any longer; I had to call His name. He known for weeks how worse I became. He’d heard my prayers over and over again and yet nothing. I was fat and broke with an uncertain future at the age of thirty-nine. As old folks would say, I didn’t have a pot to piss in.

Then I said it – I looked to the ceiling as if I could see His face, grimacing in anger as I with began with the why’s and then how’s, and threw in some whatif’s. I even had the nerve to point to make sure He understood my argument. The anger was only the beginning: I was pissed. I clenched my jaws, murmuring one word after another as I continued my rant. Then I’d taken the gripe to another level. So much so, it shocked me to the point I knew I couldn’t take it back. “Just take me Lord…right now!” I fought through the tears. “Why am I here? I feel as if I’m just an accident. Lord, just take me. I don’t care how, just take me away. I’m a living a life with no purpose”.

I then fell into silence, waiting and waiting and waiting – waiting in anticipation for my final hours, waiting to fade to black, just waiting. So while I continued to wait, I received a call but not on my cell phone, on the landline phone two rooms away. I rolled my eyes at the mere disturbance, knowing I had to leave the comforts of my darkness. But as soon as I said hello, a soft-spoken voice emerged from the receiver. It was my mother. “Are you okay?” she asked.

She said was overcome with a strange feeling to call me as my face suddenly appeared in her mind. My eyes then widened with the fear of God. I peered to ceiling, wondering if it was possible. Did He nudged momma’s spirit or just a simple coincidence? She then rambled on her queries, while I pretended everything was hokey-dorie. I mean I had to. My mother lived on the other side of town with my sister, bedridden with Multiple Sclerosis. There was nothing she could do, or at least that’s what I thought.

I returned to the darkened room after the phone call to gaze at the ceiling in stun silence. Although my tears were no more, the pain remained but this time I sat in solitude – pondering if my mother’s phone call was perfect timing or Divine intervention. My questions were answered a year and three months later, however. After I made an about-face with my life by losing weight and starting my writing career, my mother died suddenly on a warm June afternoon.  Here I was on the verge of becoming a first-time author – a direction she encouraged for me to take – and she was gone just like that.

We take many things for granted, but one thing we do especially take is time. We all had complained it moves slowly or there’s never enough. But time can be a merciless, unkind friend, especially saying those final goodbyes. My opportunity to thank her for that fateful day had never occurred. My second chance will happen many years from now – many, many years from now. I have too much to live for because I understand my purpose. And because of my mother, I see it in vivid colors.

God knew exactly what He was doing the moment when I wallowed in that darkened room. He knew of my request before I opened my mouth; and He knew the right person to save me. It was because of her, I realize heroines aren’t all ways perfect. They have flaws and yet still wanting to save hurt souls.  It’s a gift that many don’t realize. Unbeknownst to my mother, she definitely had it.


About the Author
Imani Wisdom is the founder of Pink Noire Publications.  Based in Indianapolis, IN, Pink Noire is a groundbreaking company with an unpredictable brand of literary storytelling.   Wisdom is also the creator of Pink Noire Blog, which hosts inspirational posts for the soul, along with social commentary.  Born and raised in “Indy,” Wisdom spends her days overseeing a family of five, writing short stories and books, cooking vegan dishes, running 5Ks and mini-marathons, and enjoying quality time with her friends and family.

Wisdom is a graduate of Ivy Tech Community College, earning a degree in Paralegal Studies. She is a prolific storyteller whose works depict an honest portrayal of societal issues.

As a blogger and author, she has received numerous honors including 2012 nominee for Poet of the Year (AAMBC Book Club), March 2012 Up and Coming Author (The Writer’s POV Magazine), September 2011 Blog of the Month (The Writer’s POV Magazine), and February 2011 Editor’s Pick (BlackShortStories.com) for her short story, The Shattered Mogul. Her works include Zion’s Road: A Love Story about Faith and Redemption, and her  novel, The Journey of Ruthie Belle.

Email ThisBlogThis!Share to TwitterShare to FacebookShare to Pinterest
Explore More: #BlackLivesMatter, #CrownHoldersLead:, #TheMotivatorsSeries:, For My Sisters