Left for Dead - Reclaiming Your Life After a Tragedy 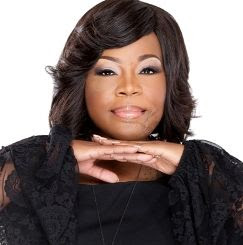 Topic:  Left for Dead - Reclaiming Your Life After a Tragedy

“I am nobodies victim...only victorious! I'm a survivor of the unthinkable and a believer in the undeniable Jesus Christ!”

“Every single incident that happens to us, be it good or bad, should be learned from. Unforeseen situations are meant to throw you off guard. If we knew what was to come we would prepare for them taking away from the lesson to be learned! It's the shock factor that teaches the lesson and shows us just how much we don't know! Each lesson is a step that takes us higher in life and closer to our destiny!”

Imagine having your innocence stolen at an early age by someone you trust, or struggling financially before even knowing the meaning of the word struggling . Ebony Canion has had her share of tumultuous events, yet even she was stunned when a speeding car hit her intentionally, dragging her through the streets with her body folded underneath the vehicle. In a coma for nearly two months, Ebony had no idea her tongue and face had to be sewn back on, or the list of thirty other life-threatening injuries she had sustained.

Ebony’s scars show that no matter what situation she is confronted with, she will survive. Her book, Left for Dead will show that despite her many obstacles, she will never be defeated—she will survive. Listen to the reading and share with friends: http://www.audioacrobat.com/note/Cwng4PZ4

As an inspiration to all who know her, Ebony’s will to overcome, more importantly to survive, is unparalleled. She started a T-shirt company, Survival Story Tees, which empower others to let their scars tell their story. Ebony wants to show people all over the world that despite your scars—your journey and disappointments—they tell a story.

Left For Dead by Ebony Canion

Ebony Canion is no stranger to adversity. In fact, her countless traumatic experiences in her childhood and adulthood have molded her to be strong, resilient, and faithful, in short—a survivor.

EXCERPT FROM LEFT FOR DEAD BY EBONY CANION

I can’t imagine what a horrific sight it must’ve been for my family to see me that way, especially the very first night of the accident. So much of my skin had been stripped away, leaving me unrecognizable.

I’ve been told that I no longer resembled the person I used to be in any shape or form; I looked more like a bloody slab of meat. My body was three to four times its normal size due to extreme swelling. Large patches of my scalp and hair were literally ripped from my head while other patches of skin were ripped from my face and body. Nearly severed completely, my tongue needed to be sewn back on, and my mouth was ripped open. Several teeth were gone. Bones were broken and crushed, exposed by wide-open gashes and rips that tore all the way down to the bone. Bloodstained gauze bandages covered me. Tubes hung from my mouth, helping me to breathe, while others dangled from my arms. God, I shudder just thinking about it.

I don’t know how I would’ve coped with seeing someone I loved hurt that way, especially when I think about what it must’ve been like for my mother. I was her second born. We have been through so much together. Our bond was deep, so I know it must’ve been torture for her to see her baby in such a terrible state, and to know there was nothing she could do to take the pain away. All she could do was pray. There wasn’t a guarantee that her child would survive. My knees get weak just imagining where I would get the strength to bear the experience if it were me standing beside my child’s bed.


Ebony's scars show that no matter what situation she is confronted with, she will survive. Listen to the reading and share with friends: http://www.audioacrobat.com/note/Cwng4PZ4

Hit, then Dragged. Left for Dead: the Ebony Canion Story. In this horrifying first-hand account, Ms Canion delivers a riveting story about overcoming tragedy and developing the will to live after numerous attacks on her life. Watch and share now: http://youtu.be/_HG5VJsBpxM

If you haven't gotten a chance to check out Survival Story Tees™ yet, be sure to click the link below and take a look around. There's a Tee with your message on it! You can order your Tee and a signed copy of the book Left For Dead at:  http://survivalstorytees.bigcartel.com

About the Author
Ebony Canion is no stranger to adversity. In fact, her countless traumatic experiences in her childhood and adulthood have molded her to be strong, resilient, and faithful, in short—a survivor. But on that fateful day, June 30, 2012, her strength was tested more than ever before. Run over, then dragged for nearly two hundred feet, Ebony Canion was left for dead. She sustained multiple serious injuries and was in a coma for almost two months. But keeping with the pattern of her life, Ebony’s spirit of faithfulness was bent but never broken. And it was then, healing in the hospital, that Ebony decided to share her story with the world.

As an inspiration to all who know her, Ebony’s will to overcome, more importantly to survive, is unparalleled. She now empowers others and encourages them to let their scars tell their story. Ebony wants to show people all over the world that despite your scars—your journey and disappointments—they tell a story.

Read more about Left For Dead by Ebony Canion: https://www.smore.com/dq2v