If It’s in Your Space, You Created It! by Linda A. Duggins 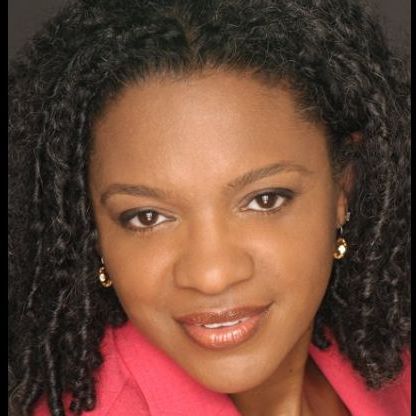 Linda A. Duggins is a Senior Director of Multicultural Publicity at Grand Central Publishing in the Hachette Book Group joins the Sisterhood Sessions to discuss  If It’s in Your Space, You Created It!

* Remove Negativity from your Space
* Step outside your Everyday Norm
* Tap Into Your God-given Power
* Imagine It. Speak It. Claim It. Expect It. Receive It.


Tap Into Your God-given Power. Imagine It. Speak It. Claim It. Expect It. Receive It.

After graduating from Hofstra University with a degree in biology, Duggins landed a job at IBM as a customer support and contracts representative. Fifteen years later, she entered publishing, working with books and authors as advertising and marketing manager of QBR: The Black Book Review, and she was one of several cofounders of the Harlem Book Fair in 1999, where she produced literary events celebrating black writers.

Duggins landed at Warner Books in 2001 as a senior publicist. There, she worked with authors including Michele Andrea Bowen, Joseph Cardillo, Nalo Hopkinson, John Johnson, and Tayari Jones. She recalled that at that time, her job was “focused primarily on multicultural writers.”

Warner Books was purchased by Hachette in 2006, and Duggins became director of multicultural publicity. “Our list at the time was truly multicultural,” she said. “It featured black, white, Jewish, Latin-American, and writers from India—not just black authors.”

Duggins has had to adjust to changes in the book review world, including the decline in newspaper book reviews, and also to working alongside independent publicists. “Most of the time, it’s great—it’s all about supporting the author and the project,” she said. Although she also said that she’s had to work with authors who took the attitude of “this is how I want this done,” an approach that often “was not in their best interests.” Duggins added, “That’s when you have to enlist the team—the editor, marketing, the agent—to stay focused on the author and the book.”

Recently, Duggins has been working on lifestyle books, among them cookbooks and diet books, which require different kinds of outreach than fiction or other types of nonfiction. “I’ll use social media at times, but that’s not my focus,” she said. “My focus is to get the word out in any and every way.”

Besides informally mentoring some of her younger publishing colleagues, Duggins is also the creator and longtime producer of the Annual International Women’s History Month Literary Festival at Enoch Pratt Free Library in Baltimore and serves on the boards of directors of the National Book Club Conference, the online literary journal Kweli, and the Queensbridge Scholarship Fund, which benefits residents of the New York City housing project where she grew up.

Duggins says it’s all an extension of her job: “Interacting with and bringing books to every community can make all the difference.”

Article Credit:  A version of this article appeared in the 04/01/2019 issue of Publishers Weekly under the headline: Meet the Publicist: Linda Duggins

Linda A. Duggins earned her MBA in Media Management from Metropolitan College of New York in January 2005. As Co-founder of the Harlem Book Fair, she has helped to create a nationally recognized venue that promotes literacy and literary expressions with writers of the Diaspora. An avid booklover, she is the Co-leader of the African Diaspora Literary Group in New York City. Linda is also on the Board of Directors of the National Book Club Conference, based in Atlanta, GA, whose mission is to advance literacy and knowledge through reading and dialogue.

She is also on the Board of Directors of the Caribbean International Literary Festival, held in Antigua, as well as the Board of Directors of the Queensbridge Scholarship Fund, serving college bound students in the Queensbridge and Ravenswood housing developments. Terrie Williams, Teri Woods, Dr. Henry Louis Gates, Jr. and Nalo Hopkinson are among the many great authors represented by Duggins at Hachette. She earned her MBA in Media Management from Metropolitan College of New York in January 2005.

Kweli Journal is a small community. We launched as a biannual journal in December 2009. Since our humble beginnings, Kweli has grown into a multifaceted community organization that offers numerous writing opportunities, including an Annual Writers Conference, Professional Development Workshops, and our Kweli Scholars program.

BOARD OF DIRECTORS, The Caribbean International Literary Festival
Create exciting forums that bring writers from across the Diaspora to Antigua for the love of the written word.

BOARD OF DIRECTORS, National Book Club Conference
Promote reading and literacy; create and maintain book clubs for adults and instituting them in public schools; and advance knowledge through dialogue.