Go Ahead and Sparkle by Dr. Cheri Paris Edwards 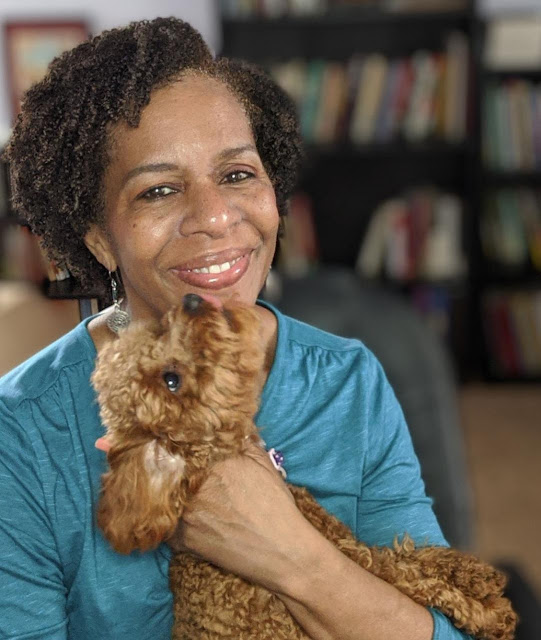 “Go Ahead and Sparkle” by Dr. Cheri Paris Edwards.

Listen to her Sisterhood message:


My first novel, Plenty Good Room was published in 2005. As a self-taught writer, I   wanted to write more--and, better--so when a position didn't pan out as expected I decided to return to school and in year and a half finished the 83 credits I lacked to earn my B.A.

The new education seemed a catalyst for other changes in my life. I had been a mostly single mother since the age of 23, and once my youngest son left for college, I was alone with no one to focus on but myself. It wasn't long until I realized I didn't like my life much. When my mother passed, I suppose I was ready to leave worry, sadness and chronic underemployment behind, since on a whim I decided to move to the Southwest.

Within a few weeks, I had packed my three bedroom townhouse into a small storage unit. I fit what I could into my Olds Alero and soon my doggie Mocha and were making our way through a dismal gray rainy ride here to Texas. In hindsight I realize  how much I had taken on, because I'd never lived anywhere but Illinois.

Thankfully, I didn't wind up in my car like my character, Gigi, but for a good while it was tough going. New beginnings are never easy and as Desmond's mother likes to remind him, 'I'm no spring chicken.' Truly, the kindness of  friends and strangers held me up and pointed me in new directions. Six years later, I have earned a Master's in English and will defend my dissertation for my PhD this Fall. Two years ago I accepted a position as an Associate Professor at a large community college.

"Telling Stories" is about new beginnings, friends, and family. It is a romantic comedy, with some dramatic moments. For almost four years I've kept company with Gigi, Desmond and their friends and family.

I hope you enjoy them as much as I have.
Cheri Paris Edwards, Ph.D., Author of Telling Stories

About the Speaker
Dr. Cheri Paris Edwards is the author of three fiction books and is also a published poet. She’s been a featured speaker at the Indy Expo and at The Virginia Festival of the Book. He first novel, Plenty Good Room was praised by Booklist and Publishers Weekly. The Other Sister, Something About April and her latest Telling Stories are self-published through her own company PurelyParis Publishing. Edwards will soon host a weekly podcast series on Anchor. Edwards received her PhD in English in Contemporary American Literature in October, 2019 from the University of North Texas, after completing her Master’s in Composition/Rhetoric at Texas Woman’s University. She is the mother of adult sons, Charles and Sam, and the grandmother to Zaara Serenity. Edwards lives in SW Dallas County with her mini poodle, Sienna, and is a Professor of English at Mountainview College.


Telling Stories by Cheri Paris Edwards
Listen to a reading from the book: http://www.audioacrobat.com/note/C2sNcFyX

Navigating middle-age is a challenge for 45-year old Genelle “Gigi” Golden. First the death of her mother, then her long time live-in boyfriend abruptly trades her in for a new model. Determined to restart her life Gigl packs her bags and heads to the Southwest. When things don’t go as planned, Gigi finds herself caught between the proverbial ‘rock and a hard place’; and an impulsive decision turns her life in an unexpected direction.

Then ex-military man Desmond Wright enters her life. Although physically changed by a skin disease it hasn’t dampened Desmond’s confidence or lessened his appeal to the opposite sex. But, Desmond’s life is complicated by an spoiled adult daughter, who treats his home like it has a revolving door, and a mother who won’t let him forget that he’s yet to find the love of his life.

When things falls apart, Gigi discovers that true friends reveal themselves in the toughest times and that grace comes when you least expect it.