What I Have Learned From Publishing My First Book
by Cerece Rennie Murphy, author of the Order of the Seers Trilogy 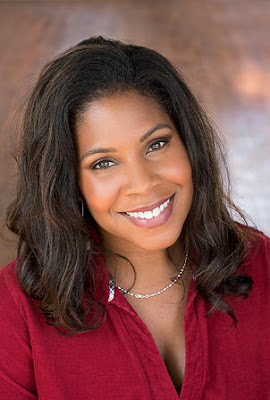 A few years ago, I published my first full-length story EVER– a sci-fi novel called Order of the Seers.  It took me about a year to write and almost as long to get up the courage to publish it.  But on September 4, 2012, I took the plunge, hit the send button, uploaded my file to Amazon and waited for the masses to collectively shudder in awe at the little piece of my heart that I sent out into the world.  It has been quite a journey since then, and ever since I got my head out of my you-know-where and started using it, its been kind of fun too.  How hard this journey has been hasn’t exactly been a surprise to me, but watching myself slowly evolve into a publisher has. This is a short list of some of the things I have learned so far.

1) Welcome to the REAL world AKA you are NOT an overnight sensation.  The day my first book was published, I spent the entire day sick in bed with worry and fear.  After a week, I think I had only sold about 20 ebook copies.  I was devastated.  I told myself my book was horrible and I shouldn’t have even tried to publish it.  It took me a week to start THINKING about what I might have done better or differently.  That’s when I really started to move into the new career that I have chosen.

The Lesson: If you don’t become a bestseller your first week out, it’s not the worst thing in the world.  It’s just where you started.  Where you end up is up to you.

2) One blog tour and one eblast does not a marketing plan make. Seriously - that was pretty much my marketing plan for the release of my 1st book.  Yes, I was very naïve about what it would take for people to find out about my book.  Most of my reluctance to developing a marketing plan had to do with a) my fear of putting myself out there and b) my general ignorance about what methods and resources were available to me.  I did a little bit of this and a little bit of that for a while.  Some things worked (I built my mailing list by going to comic/sci-fi conventions, did a cover reveal blog tour for the 2nd book along with a $.99 week long sale promotion for the 1st book) and some things didn’t (spent a ton of money on a Christmas ad campaign that cost way more than I sold in books).

The Lesson: If you have the guts to publish a book, have the guts to market it.  One barely makes sense without the other.  One of the best marketing pieces of advice that I have gotten so far is, “pick a monthly budget, no matter how big or small and do something every month to promote your book.  Keep writing and keep marketing.  Consistency will pay off.”  It has taken me over a year, but I am finally seeing the maturity and wisdom of these words.  For most writers, it’s a marathon, not a sprint.


3) Guard Your Headspace AKA Read Reviews Sparingly.  I have read this time and time again from accomplished veterans of the writing profession, but this advice is so hard to heed. In the beginning, I used to check my reviews every day.  It would stress me out so much that, at one point, I was literally afraid to go on Goodreads.  A glowing review would be met with relief, quickly followed by skepticism.  A strong, but not effusive review would be picked over to death for the rest of the day.  Neither one helped me write any better, but one could shut me down for a good 24-48 hours.

The Lesson: Everyone isn’t going to like your book.  That’s a fact and it’s okay.  Find some people you trust and respect.  Get them to read and critique your work.  Modify as needed, then let it be.  Periodically, I will check the number of reviews I have when I am in the middle of a promotion.  Sometimes, if it appears that I’ve gotten a few good ones, I’ll chance a glance and feel happy, but I don’t let myself linger.  It’s just not that helpful to my state-of-mind.


4) Building Buzz Takes Time AKA Give yourself more than 4 month before you publish your 1st novel.  I decided to publish my book at the end of May 2012 and I published my 1st book in September.  This was stupid.  The process of trying to learn what I was doing while I was doing it was so stressful and crazy.  At the time, I didn’t want to give myself the chance to chicken-out, so I think I just tried to plow through it, but in the process, I missed opportunities for reviews and using other promotional resources that might have made my first release more successful.

The Lesson: Don’t do what I did.  Give yourself time to learn the business before you dive in. (But don’t use your research as an excuse to procrastinate!)

5) The doubt doesn’t go away, but it gets more manageable as you go.  I wish I could say that, a year later, I feel like a super-awesome self-published author, but I don’t.  Most days, I feel the weight of all the things I still need to learn and do, but I can also acknowledge how far I have come.  The release of my second book in the Order of the Seers trilogy this summer was a bit less personally traumatic and much more thoroughly planned out and executed than my first release.

This was made possible only with the help of an author’s assistant, street promotion team, 3 book blog/promotion services running simultaneously, a small, but positive, collection of pre-release reviews, a week-long free sale of the 1st book and an uber-coordinated mailing list, Facebook and twitter campaign.  The result - my second book stayed on Amazon Kindle’s best-seller list for over a month in the sci-fi/genetic engineering category and made it into Amazon’s Hot New Sci-fi releases list.

The Lesson: Believe in your story enough to work on writing it, honing it and sharing it, every day that you can.


About the Author
Cerece Rennie Murphy fell in love with science fiction at the age of seven, watching “Empire Strikes Back” at the Uptown Theater in Washington, D.C., with her sister and mom. It’s a love affair that has grown ever since. As an ardent fan of John Donne, Alice Walker, Kurt Vonnegut and Alexander Pope from an early age, Cerece began exploring her own creative writing through poetry.

She earned her master’s degrees in social work and international relations at Boston College and Johns Hopkins School for Advance International Studies, respectively, and built a rewarding 15-year career in program development, management and fundraising in the community and international development arenas – all while appreciating the stories of human connection told in science fiction through works like Octavia Butler’s “Wild Seed,” Frank Herbert’s “Dune” and “The X-Files.”

In 2011, Cerece experienced her own supernatural event - a vision of her first science fiction story. Shortly after, she began developing and writing what would become the bestselling Order of the Seers trilogy.  Order of the Seers was selected as one of The Best Kindle Books of 2014 by Digital Book Today.

In addition to working on the second book in the Ellis and The Magic Mirror children’s book series with her son, Mrs. Murphy is currently developing a historical love story and a 2-part science fiction thriller set in outer space.  Mrs. Murphy lives and writes in her hometown of Washington, DC with her husband, two children and the family dog, Yoda.  To learn more about the author and her upcoming projects, please visit her website at www.cerecerenniemurphy.com