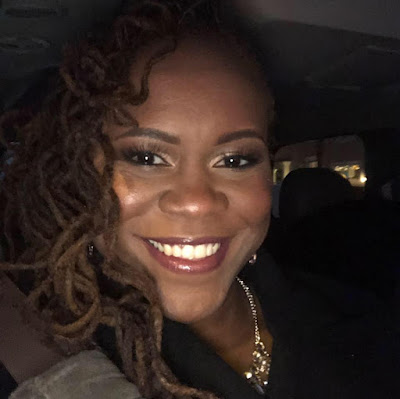 There is a Man.  A Man who long ago subjected himself to a gruesome crucifixion to redeem the lost. That Man, the author and finisher of the faith, now sits at the right hand of the Father, advocating and interceding on our behalf.

In a moment of such intercession, That Man looked down with compassionate eyes and saw this woman, a brokenhearted girl struggling to reassemble her life. She hadn’t expected saying goodbye would destroy her so thoroughly, cracking the foundation upon which her future was constructed. She never thought she would become one of “those women,” the kind who crumble when relationships end and purpose to spend their remaining days in a perpetual state of grief. She was too smart, too savvy, and too spiritual for such a carnal, cowardly reaction.

Yet there she was, hiding behind a pain for which she expected no earthly end.

From his perch in heaven, That Man saw the woman and pitied her. Though unacquainted with romantic love, He empathized with the searing pain her heart endured with every waking breath. He remembered the cruelty of the cross, its divine necessity in no way numbing its nefarious effect on his very human body. He died because he loved her and everyone else who would ever be born, but love did not obliterate the pain.

So to ease her pain, That Man made a decision.

He pricked the heart of another man, a man harboring his own private pain. The man, divorced and patently paternal, needed employment and a host of things he could not name. A job search led the father of five to the nearby intersection of 18th Street and Cecil B. Moore Avenue, to a building so littered with women its business name indicated as much. This intersection placed the man and the girl at an unexpected crossroads ripe with potential and protests.

See, this man was done with women. The last few had exasperated and exhausted him to the point of declaring That Man hadn’t made a woman good enough for him. And the girl believed herself in love with the one she let go, rendering the prospect of someone new wholly undesirable. Had these two had their way, their paths never would have crossed.

But that was all right because That Man had a plan.

A plan which began to unfold as the man secured a position where the girl also worked. She noticed him notice her, and she was sore afraid. Not because the man was physically scary—though his silent stares did little to recommend him—but because when he looked at her, it was as if he could see everything she was and every place she hurt. And the girl was not ready to share that much of herself with anyone else.

Not yet. Not ever.

But the man was patient. He subtly invaded her personal space, starting with casual strolls to the third floor where she hid behind doors and faked important calls to avoid him. Her behavior was ludicrous, but the man drove her crazy, made her want to do crazy things like shed her mourning cloak and reenter the land of the living. He made her want to come out of hiding—literally—and say Hello.

Hello begat How are you? which begat Fine, and yourself? Together they begat a smile from the man which unleashed a warmth in the girl she had never felt before. The smile bloomed in her heart until the next meeting with the man when Hello became a minute-long conversation. That minute became an hour which became a day which became the first of their life together. The beautiful man took the brokenhearted girl and made her his friend, his confidant, his lover, and his fiancé. And on a chilly February morning two years after Hello, the girl-turned-woman embraced the role of stepmother when the man ultimately made her his wife.

But the dark road ahead was long and unpaved. They would battle frequent unemployment, unsupportive parents, rebellious children, lingering exes, and mouthy relatives. They would face eviction threats, domestic infestations, debilitating pregnancies, devastating deaths, mysterious illnesses, and chronic physical pain, often receiving suspicion, hostility, and rejection from those they loved most.

But That Man stayed beside them, remained the binding force between them. Armed with His power and bolstered by His love, the man and woman emerged from the valley stronger than before. With blistered hands and weary smiles, they forge on together, slaying dragons and silencing doubters with every blessed step.

So when the woman considers her last ten years and wonders who had her back, front, top, bottom, and sides, she fondly glances at her left hand. When she thinks of the hurdles she’s scaled and imagines the one who cushioned every fall and kissed every bleeding bruise, she needs only roll over in bed to see him. And when she gazes upon the face of the beautiful man who rescued her from a life un-lived, the girl-turned-woman closes her eyes to thank That Man for sending this man her way. 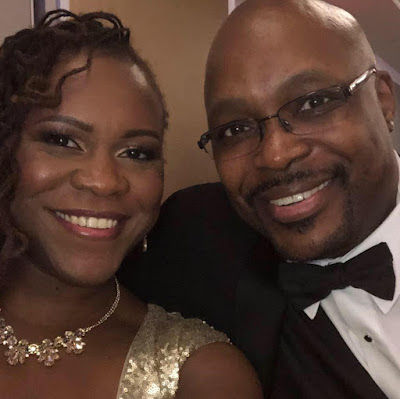 Denise Leora Madre is not naïve—at least, not as much as yesterday. Born in Germantown during the Nor’easter of 1978, this black woman has never seen Rocky and would only run up the Art Museum steps if being chased by some terrifying, hulky beast which couldn’t be bribed with soft pretzels and Rita’s Water Ice—mango, if you please.

Her idyllic Christian childhood was filled with her mother’s smile, her brother’s gentle teasing, and long rides in the cavernous backseat of their father’s Deuce-and-a-Quarter. A loving family notwithstanding, Denise found unique camaraderie with fictional friends made during trips to the Joseph C. Coleman Library—Jo March and Ramona Quimby chief among them. Must-See TV expanded her pantheon in high school, and she still counts Monica, Rachel, and Phoebe among her closest Friends. To everyone’s surprise, she also developed an abiding love for country music, but the sensual style of En Vogue best reflects her personality.

Armed with unfocused dreams of singing stardom, Denise strapped on her stilettos and runway-strutted through four colleges over the next nine years. Though Temple University eventually supplied her cap and gown, Howard University forever owns her heart. During breezy afternoons on The Yard, the discovery of James Baldwin gave her literary life while lunch in the PunchOut often gave her indigestion. Good times. Good times.

As a mother of seven—long story—she primarily uses her English degree to campaign for the Oxford comma and rant about the pervasiveness of text-speak. When not singing silly songs with her youngest two children, Denise can be found overthinking things, watching Chopped, or harassing her handsome husband for hugs…or his incredible lasagna.

A movie maven who thanks God for Netflix, Denise is a professional editor and published essayist whose work appears in Color Him Father (Kinship Press, 2006) and The Motherhood Diaries 2 (Brown Girls Publishing, 2014). She is also an avid writer of Twilight fanfiction and has won awards in assorted contests. Though she has yet to learn how to drive or swim—don’t judge her—she is the proud owner of an organized junk drawer. Another 4.0 is her first novel.

The fictional characters in her contemporary stories are real, and they’re spectacular. Join her for grammatically-correct merriment at www.deniseleoramadre.com