All That Glitters by Tumika Patrice Cain

All That Glitters by Tumika Patrice Cain 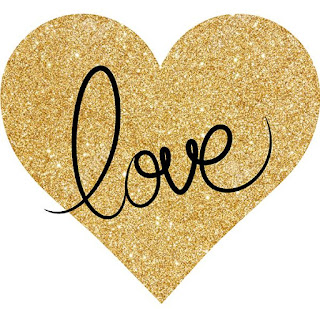 All too often I see women lay aside the truth of who they are to receive the lies or misguided opinions of another.  And they accept those lies as truth.


The truth is women were created to be a gift to their partner, to their children, to the body of Christ.  To the world.  Life bearers in body, in speech, in actions, in deeds.  And so it appalls me when I see the callous disregard by which we are treated, that we accept as the norm.  We have forgotten who we are.  That it was the Lord’s own hands that formed us and presented us in the form of Eve to Adam.  Eve who stands symbolically as all womankind, she was his gift.  Even as we today are gifts to this world.  But we don’t see it.

Too many days of being disregarded.  Too many nights of being abandoned.  Too much time between a gentle touch and a kind word.  Just too much.  And we have internalized it to mean that we are not worthy of anything more…despite the silent screaming going on inside of us that begs to be heard, saying that we do.

And so instead of looking in the mirror and reminding ourselves that we are wonderfully and fearfully made, we criticize the miniscule pimple and magnify the imperceptible blemish.  Instead of hugging ourselves tight and crooning words of love into our own selves, we belittle ourselves and speak ill about ourselves…regurgitating the foul words that have been spewed at us from people who were at the very least unaware.  Having forgotten that none of us is perfect, including those who are trying to push the idea of perfection on us.

Myles Munro said it best, “when you don’t know the purpose of a thing, it is inevitable that you will abuse it.”  To abuse is to abnormally use something.  How does this apply to what I am saying about you, about me…it is in our not knowing our own purpose, not knowing our own selves that we invariably end up mistreating ourselves or allowing others to mistreat us, too.  That mistreatment comes in so many forms: unhealthy relationships, poor diet, lack of exercise, allowing folks to bring their drama into our inner sanctum….you name it.

It is not necessary to make ourselves over to be some idea or image that a man has in his mind that he wants.  Who you are, just as you are, is enough.  In fact, it’s more than enough.  How do you compete with a fantasy?  Fantasies aren’t real.  All you can do is be the best you that you can be.  So often we see people go for the spectacular and sensational.  While the quietly brilliant gem is right there in plain sight.  All that glitters is not gold.  Sometimes it’s tinsel….and you can get that from the dollar store.  It is not necessary for you to make yourself over to shine as bright and sparkly as tinsel when it is not an item of substance or value.  Nothing precious in it.  It stands as an illusion…giving the appearance of brilliance and glamour.  But a gem is precious.

Even a diamond in the rough is STILL a diamond….a priceless treasure that has been produced by much pressure over time.  And it takes a skilled artisan to pull out ALL of the beauty that lies in that mass of rock.  It takes someone who is skilled, who knows just what to look for and who has the patience of a trained eye to find it.  Someone with a quiet spirit to hear that which has not been spoken but which speaks so clearly.

Ladies, it is time to stop throwing your pearls before swine.  To stop giving up your power to someone who isn’t worthy to have it.  Love yourself just as you are, right where you are.  And despite what men say….let a woman fully come into her own, where she feels wonderful and lovely and valuable and precious in her own right, according to her own terms, and he will seek her out.  In the midst of that, he discovers that SHE (in all of her natural and rare beauty) is his fantasy…not anything he has been fed from the media, not what he has seen in a Playboy magazine.  Not even anything his mind may have conjured up.

The greatest gift to the world we can give, is to be the very best that we can be.  So go ahead and embrace your brilliance…whether you are a diamond, a pearl or an emerald….or maybe even one of those rare stones we hardly ever hear anything about.  There is beauty in each one…as they were created to be.  Just as there is beauty in each one of us…just as we were created to be.


Define your life today and if you don’t know where to start, start with a conversation with your Maker and ask him to show you yourself through HIS eyes.  Then ask him to help you get rid of any thoughts or images of yourself that are tied to lies or untruths that others have fed you.  And begin to build from there.

You are a rare and precious gem…embrace your power and own it!


Changing lives one word at a time...Tumika Patrice Cain 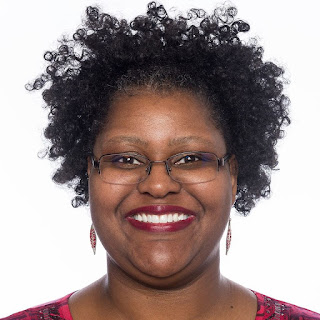 Tumika Patrice Cain is an award-winning author, media personality and publisher whose works centers around uplifting, encouraging and empowering others to live the abundant life.

She is also an accomplished poet; founder of the Say What?? Book Club; and host of the internet radio shows Living Abundantly with Tumika Patrice Cain, In The Spotlight, and Say What?? Author Spotlights.

In addition, she is a respected book reviewer and columnist for PEN’Ashe Magazine, a contributing writer for BLOG and Belief Magazines, and editor for two smaller publishing companies.

A champion for indie authors, she works tirelessly to level the playing field to bring exposure to those authors  who excel at their craft, but whose marketing budgets are limited. Inkscriptions, her publishing company, offers a myriad of book publishing services.

Living by the motto of each one reach one, each one teach one, Tumika shares her passion for purpose and for life with all who cross her path. She is the 2013 recipient of a Spoken Word Billboard award for her debut novel, Season of Change (December 2012), a novel that has since been picked up by Shan Presents and will be re-released as When a Man Loves a Woman – A Season of Change in December 2015.

To her publishing credit, she is also the author of After the Rain…a Poetry Collective (March 2014) and The Heart of a Woman (August 2015). Tumika’s works have been published in numerous magazines, anthologies, newsletters and periodicals.
Photo by Torrence Allison Photography

Email ThisBlogThis!Share to TwitterShare to FacebookShare to Pinterest
Explore More: Articles, For My Sisters, Relationships