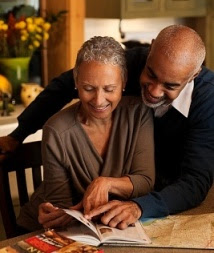 Gain Ultimate Leverage-Know Your Values and Beliefs: Simply stated, what we value and believe most will have ultimate leverage over how we think and feel on a daily basis. A belief in God may compel people to worship several times a week, pray to Mecca 5 times a day or even to change friendships, kill or willingly die based on how they practice their faith. Beliefs are powerful and a minor alteration to a single belief can completely change one’s life.

If you believe that racism is a barrier to success, your mind has no choice but to confirm your belief. If you believe as Earl Graves, publisher and CEO of Black Enterprise Magazine and author of the book “How to Succeed in Business without Being White”, that racism is a nuisance, then you will be empowered to defeat this nuisance when it rears its ugly head. The reason is that your mind will work overtime to confirm your deeply held beliefs because the mind doesn’t accept contradictions well. Your brain will prefer to confirm what you believe by finding confirmatory evidence in your external world while blocking out evidence to the contrary.

Your deeply held beliefs have the power to create mental blind spots to evidence that is contradictory to those beliefs. Not all beliefs fall under the category of being deeply held but the ones closely connected to your core values usually do. If you highly value your freedom, your beliefs about what freedom means to you will likely be deeply held. A belief that is not deeply held will have much less impact on our lives. For example, a cigarette smoker may understand that smoking is unhealthy and deadly however, he may continue to smoke. There is no contradiction here. In this person’s hierarchy of beliefs, this smoker believes that the benefits of smoking are more important and more desirable then the consequences.

Your beliefs have a hierarchy. The smoker may believe that smoking is cool, social, soothing and his social circle will likely confirm these ideas. This smoker will have difficulty quitting without first changing his beliefs. If he inverted his hierarchy of beliefs about the benefits and dangers of smoking, he will be more empowered to quit. The more strongly held negative beliefs about smoking he has, the easier it will be to quit especially when coupled with the visualization of a slow, painful death from lung cancer.

This is how we can use our beliefs and values to gain leverage over our actions. This is also why for every study that attempts to prove that alcohol or caffeine may be bad for us, there are industry-sponsored studies showing that alcohol, such as red wine, or that something about caffeine exerts beneficial effects. Each study has the potential to shape our beliefs, which is one reason why so many “research” studies may come to the exactly opposite conclusions.

Politics is another area where there is enough data on either side to rationally justify voting for either of the two major parties. The most loyal party members easily disregard data that contradict their beliefs and readily counter with data that supports their viewpoints.

I am asking you to be aware of what your beliefs are and to determine if they serve or limit your capability. If your beliefs are self-limiting, you have the freedom to change or alter them. Another belief you must have is that you possess the power to change your beliefs at any time you desire. Some beliefs can undermine your business efforts. Also, a positive belief will be cancelled out by an opposing negative belief. A belief that marriage is wonderful can be totally cancelled out by a belief that all men are bastards that is self-sabotaging to any potential long-term relationship you may have with men. Adopt more positive beliefs then negative ones to tip the scales in your favor. Here are some strategies to help you take control of your beliefs so you can gain maximum positive leverage out of them in your life.

--List and rank your core values - Values are abstract ideas that get their substance and meaning from how you believe they should be expressed in your life. Freedom, honesty, integrity, loyalty, the purpose of money, the love of a family and faith in God are a few of many potential values you may have. Define what these mean to you. Freedom to one may mean being able to go where he wants to go while to another it may mean freedom to worship God. Rank your values in order of importance to you. What do you value most? Knowing can help with your goal setting.

--Use questions to test your beliefs - Questioning your beliefs puts them to the test. Challenge their purpose and impact on your life. Sometimes our beliefs contain language like “all”, “always”, “must” and “impossible” to name a few. Do these qualifying words really apply? Will “all” people take advantage of you? Is it really ‘impossible’ to succeed and get rich in this economy? ‘Must’ everything be perfect before you can start your new business? Questioning your beliefs helps put your brain to work at finding answers instead of excuses. Asking the right questions will produce the right answers. If you don’t like the answer, ask a better question. The qualifying words you use may serve or hinder you in the attainment of your goals.

Strengthen your most empowering beliefs with qualifying words like the ones mentioned above and weaken your most disempowering beliefs by changing your qualifying words. Change ‘must’ to ‘maybe’ and you will take some of the leverage out of your disempowering beliefs. Changing ‘should’ to ‘must’ will add leverage to your empowering beliefs. Should you improve your organization skills or must you improve them? It’s easy to put a ‘should’ off until tomorrow but your ‘musts’ must be done today. Wouldn’t you agree? Are all men dogs or do some men occasionally act like dogs? The second phrasing has less emotional impact and is less of a barrier to good relationships.

--Reframe - Change your negative beliefs by focusing on their positive opposites. You already are aware of how to do this. Is the glass half empty or half full? How you answer this question can affect your entire outlook on everything. Instead of believing that ‘all men are dogs’, you could reframe that belief to say that your experiences have taught you what you like and dislike about men which makes you wiser now and that you will make better choices about the men you date in the future. This reframe takes the power away from external events and others and puts it back into your hands, which is right where you want it. That is the power of the reframe.

--Create new references - This is the fun part. References are the actual experiences you have that actually support you new beliefs or values. Once you are clear on your values and beliefs, asked the questions and reframed your beliefs, you can now begin creating new reference experiences for your new beliefs.

Remember, the brain doesn’t care if the experience is real or not, it interprets all images the same. So, create several images with as much emotional intensity as possible to give your beliefs instant emotional power.

These are just a few of the most powerful strategies you can employ. The more of these strategies you use, the more power you will have to put yourself into your most resourceful states. As with anything that is worthwhile, these strategies require practice. Don’t give up after a few attempts. Give yourself time and these skills will become more like second nature to you so that you can implement them unconsciously.

The next strategies may not be for everyone because of their seemingly spiritual nature however the power inherent in these next strategies is undisputed. I encourage to read the next article in this series to gain true strength and leverage to shape your destiny.