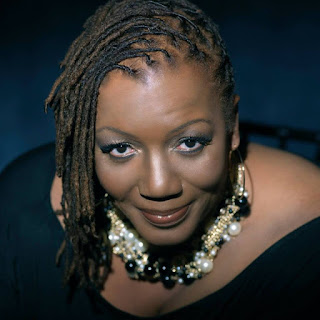 In 2008, the writing was on the wall that things in my life were about to change and not for the better. The stock market had crashed, taking sixty percent of my retirement money right along with it. To make matters worse - I was out of not one, but two writing jobs. My daughter was in her second year of college, I had a car note, two homes – which of course meant two mortgage payments and a manuscript that no one seemed to want to publish. Oh yeah, and I had no income.

It would take a book to accurately convey how I made it though that dark period of my life. For brevity sake, I will say this: for years, God had been walking a plethora of good, kind and generous people into my life. That combined with my faith and prayer – saw me through.

At the end of 2012, I sold my Brooklyn home and set off on a journey of renewal and rediscovery which I happily refer to as #LifeAfter.  People always ask, what does #LifeAfter mean? What it represents for me is my life after fear and loss.  Between 2009 and 2012 I was so afraid of losing everything I had worked so hard to accumulate, that it nearly drove me insane. After much meditation, tantrums and tears, I came to the realization that holding on to a life that no longer wanted me was affecting my emotional, physical and mental health.

So, I turned in my car, sold my house, threw caution to the wind and set out to rediscover myself.  Some folks climbing out of trauma crave stability and solace, but I have a roaming spirit and so the best medicine for me has always been escape. A few weeks after I closed on the sale of my home, I was on a plane. In three years I’ve managed to wander as far away as Australia and as close to home as Canada. The thing that I learned while collecting all of those precious air miles, was that the world is indeed round and so is life. What the old people say is true: God doesn’t close a door without opening a window.  Being forced to let go of possessions I believed I couldn’t live without, was the best thing that happened to me because now I have less “stuff” and more joy and happiness in my life than I have had in a very long time.

My #LifeAfter has been amazing and as the late great, Ms. Maya Angelou liked to say: “I wouldn’t take nothing for my journey now.”  I'm looking forward to seeing what  #50Forward will bring!


Latest Novel:   Loving Donovan by Bernice L. McFadden
A long-awaited reissue of this deeply thoughtful novel about hope, forgiveness, and the cost of loving Donovan, a complex man with a shattered history.

The first section of McFadden’s unconventional love story belongs to Campbell. Despite being born to a brokenhearted mother and a faithless father, Campbell still believes in the power of love . . . if she can ever find it. Living in the same neighborhood, but unknown to Campbell until a chance meeting brings them together, is Donovan, the “little man” of a shattered home—a family torn apart by anger and bitterness.

In the face of daunting obstacles, Donovan dreams of someday marrying, raising a family, and playing in the NBA. But deep inside, Campbell and Donovan live with the histories that have shaped their lives. What they discover—together and apart—forms the basis of this compelling, sensual, and surprising novel.

What people are saying…

“Bernice L. McFadden is one of the best contemporary literary writers out there today . . . Her brilliance, her talent as a novelist, is the very life she breathes into all of her characters.” —Terry McMillan, from the Introduction

"A two-time Hurston/Wright Legacy Award finalist also twice honored by the Black Caucus of the American Library Association, McFadden presents a love story starring Campbell and Donovan—both from shattered homes, both still hopeful, and both shaped more by history than they can imagine. Don't miss."
—Library Journal Prepub Alert

"Loving Donovan firmly establishes McFadden among the ranks of those few writers of whom you constantly beg for more." —Black Issues Book Review

"McFadden is clearly adept in keeping the reader entertained, captivated, and on our toes to try to figure out what's going to happen next. The rich characters, life situations, and language all wrapped up in such a small book and saying so much is a feat."  —Brown Girl Reading

Email ThisBlogThis!Share to TwitterShare to FacebookShare to Pinterest
Explore More: #NewYou, #Tea4One, Business and Money, Daily Tea, For My Sisters