We’re All Wearing the Racial Lens by Lydia E. Brew

We’re All Wearing the Racial Lens
by Lydia E. Brew 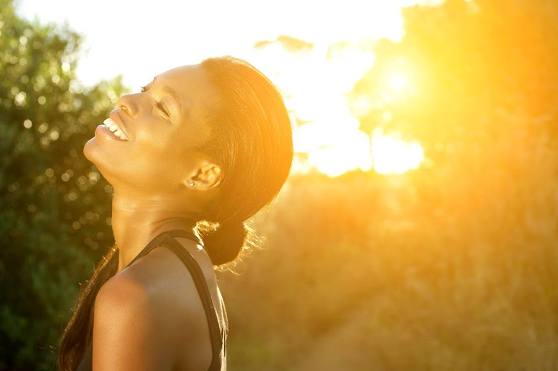 It is hard for African Americans to be totally objective when it comes to race United States. It is equally hard for White America huh? We all are wearing the racial lens on our eyes and we can’t see straight.

When thinking of how the United States was founded it was based on freedom, especially freedom of religion. The United States was to be the picture of a beautiful “world” where everybody would free. All men would be equal. However, here we are at the end of 2014 and we’re still not there yet.

The list of what people are told about other races goes on and on.  Even after the Civil War, the Emancipation of the slaves, the Civil Rights movement, and even now with an African American president, there is still something we can’t quite get together.

Many White Americans and African Americans can’t seem to understand that there is just one race. We are confusing race with culture. We need to remember the past by trying to let each and every person, black, white, homosexuals, whoever live the American Dream. The racial lens needs to be removed from our eyes. Somehow we have to stop letting the history of racism control our future existence together.

Shortly after President Obama was sworn in, a college professor lost his keys and broke into his own house. The man was an African American professor and the officer who showed up on the scene was White. The professor was under stress and had his racial lens on. The officer was trying to get the facts. He was doing his job – he did not know that the man lived there. The professor did not see that the officer was investigating a crime. All he saw was the racial turmoil history that the United States can’t seem to find a solution for continuous racial problems.

The racial problem is a human condition and it affects everybody in a different way. We need to take off our racial lens and see the problems in society. Ferguson and the “I Can’t Breath” cases are not just about racism, but point to a United States that can’t seems to be the nation that the Founding Fathers envisioned.


About the Author
Lydia E. Brew was born with cerebral palsy but has not allowed her physical limitations to stand in her way. Her writing provides insights into the world of the physically challenged. She graduated from Texas Southern University where she received The Society of Professional Journalist Sigma Chi Citation for Achievement. She was a member of the drama club and pledged Alpha0 Kappa Alpha Sorority, Incorporated. Under the leadership of one of her journalism professors, Miss Brew penned her first book Edith, The Story of Edith Irby Jones, M.D. about the first African-American to graduate from The Arkansas School of Medicine. Upon finishing college, Miss Brew worked with the Houston Association of Black Journalists. She is a Christian and attends St. Stevens United Methodist Church.

Miss Brew founded Lydia’s Educational and Charitable Organization (LECO) when she decided to encourage young people to write. LECO did this by sponsoring a yearly contest in which the contestant had to write about positive role models who were alive and from the Houston area. Each student who wrote an eligible essay was given a certificate of participation. Winning writers received cash prizes.

Her second book titled Our Learn Together Book is a book for young readers based on the biography of Dr. Jones. It tells her story in a simplified format on one page and allows the reader to write their own biography on the other. There are activities in the back where younger children can learn developmental skills and older children can learn to do research.