THE IMPACT OF OVERCOMING FAITH! by Sister Rugina

THE IMPACT OF OVERCOMING FAITH! 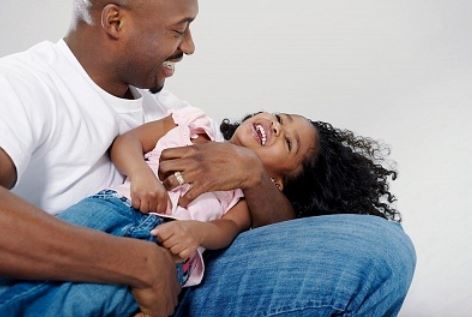 
Being locked up in a Roman prison was no cakewalk. Offenders were stripped, flogged and placed in leg irons. Their blood-soaked clothing wasn't even changed in the dead of winter! And the 'inner cells' (v.24) where Paul and Silas were imprisoned were the worst (lack of water, cramped conditions, and the stench of toilets [if that's what you could call them], made sleep impossible and waking miserable. Prisoners there routinely begged for death, while some even committed suicide.

But after Paul and Silas were '. . . beaten [and] . . . thrown into prison . . . [they] were praying and singing . . . and the other prisoners were listening . . .'   The Message says, 'The other prisoners couldn't believe their ears.' Talk about impact!  Paul's attitude impressed them before his religious beliefs did. Anybody can sing in church, including hypocrites.

But praise in prison - now that's something else!  How did they do it?  Perspective!  It's not what you've lost but what you've left that counts! Paul didn't just sing in prison, he wrote some of his best stuff. Listen: '. . . everything happening to me in this jail only serves to make Christ more accurately known, regardless of whether I live or die. They didn't shut me up; they gave me a pulpit! Alive, I'm Christ's messenger; dead, I'm His bounty. Life versus even more life!  I can't lose' (Philippians 1:20-21 TM).

Wow! What are you going to do with a man like this?  He's beyond your threats!  His strength comes from within and is not diminished by things without. Overcoming faith - it'll impact them every time!

Do you have overcoming faith?  Does it regularly affect your surroundings and the people within your realm of influence? How has your perspective changed in internal and external negative or derogatory situations?

Alternatively, does your faith flee when obstacles occur? Is your faith based on what God does versus who God is? Have you recently thrown in the towel on a prolonged situation that has not changed quick enough?

Saints, let's employ overcoming faith no matter the circumstances. From time to time, we may face diverse and uncharted situations in our lives that requires faith the size of a mustard seed. We may be asked to trust God, His provision, and His plan in matters that make us uncomfortable and challenge our perspective. During those times, choose to see it from an eternal perspective and positive viewpoint.

No matter what happens, you are victorious and an overcomer! God will be right there with you and will change your mindset to align with His (if you allow). Lastly, overcoming faith positively affects your environment, attitude, and all people within your realm of influence. Employ that type of faith today!


Your Sister in Christ,
Rugina

Morning Teas were written by Diann Thomas and distributed by Linda Cunningham-Hames. My role in them is to (1) read as a personal devotional and (2) write a mini intro posing questions and a message of encouragement.

Going forward, I intend to continue to share Morning Teas in their honor (as well as add my Mother, Evelyn Carter-Pete, since she prayed and inspired me (and others) to live faithfully and abundantly prior to her passing in 2007).  Black Pearls Magazine Publishes The Morning Teas.