Kiera Finds Peace and a Family by Kiera J. Northington

Kiera Finds Peace and a Family
by Kiera J. Northington 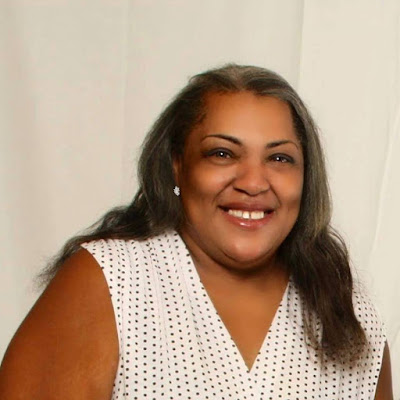 As an adoptee, I’m often asked questions like: “Why are you searching for your birth family? At your age, why even bother? How do your adopted parents feel about that? Why did your mother give you away?” My response is always, “Everyone has a right to know who they are, and where they come from. It doesn’t matter how they feel; it’s my choice. Mommy didn’t give me away, she died.” My circumstances are different from lots of other adoptees in the fact that I knew my birth mother and maternal grandparents; my life was perfect, I had all the love a child could possibly want and need. I never knew my birth father, not even his name. But, I never thought much about it; I had so many people loving me, that I really didn’t notice the gap.

I will never forget the day the phone call came, to let us know that my mother had a massive heart attack, and was admitted to the hospital. Back then, children weren’t allowed to visit the ICU under any circumstances; the last memory I had of Mommy was her brushing my hair that morning before school, and she didn’t come home. Two weeks later, my mother’s best friend sat me down, to tell me that Mommy had gone to heaven. At the age of eight years old, I was suddenly motherless. The world as I knew it had suddenly changed, and it wasn’t about to get any better. Children’s Services said that my grandparents were too old to take care of me, and since my mother’s best friend, whom I’d called “Auntie” ever since I’d learned how to talk, wasn’t a blood relative, she couldn’t keep me either.

I was placed into foster care, and later adopted by my foster family. At the age of 10, I went to family court with my soon to be adoptive family; the judge read over the paperwork, and then he asked me if I wanted to be adopted and why. I told him, “Yes, I want to be adopted, because I want to be part of a family.” Then he asked me if I wanted my name changed; I replied, “No, because then when I look for my real family, they won’t know who I am. The judge smiled at me, and signed the paperwork. He also ordered that my given name, middle name, and surname remain the same; my adopted last name would be hyphenated with my birth surname.

The day I was adopted, the court clerk slipped me my original birth certificate, and told me to hide it for future reference; in NY, once a child is adopted, their ORIGINAL birth certificate is permanently destroyed, and a new one issued with the new parents' names on it. It's like they erase your roots, permanently. Your adoption record is PERMANENTLY sealed, never to be accessed by you, the birth parents, ever again!

For 9 years, after I was adopted, I was physically abused by my adopted dad. It started when I was 9, while I was still their foster child, and finally ended the night I graduated high school. I've had a fractured skull, broken ribs, broken wrist, dislocated and broken fingers, dislocated shoulders, twisted ankles, and black eyes. The doctors now believe that all of these old injuries are what caused me to develop fibromyalgia, and also to suffer from PTSD.

Once I graduated high school, I moved to Georgia, put myself through college, got married, and had kids; finally, I had what I thought was a normal life. I was now a wife, and mother, determined not to treat my children the way that I’d been treated. On the outside, everything looked fine; I was able to function normally. But, inside, I was a hot mess; I had flashbacks, and horrible nightmares. I constantly looked over my shoulder, and would jump out of my skin at the slightest noise. Eventually, my marriage ended badly, and I was left to raise my son alone.

My youngest son had been murdered, and things had deteriorated for me health wise to the point where I couldn't work any longer. I was depressed; tired of the physical / emotional / mental suffering and in 2009, tried to commit suicide. I had to hit rock bottom in order to pull myself back up. With counseling, and support from my son, I was able to get myself back together, slowly. The therapist told me that I couldn't move on, because I kept rooting myself in the past. He said that I had to forgive in order to be free of the things holding me down!

I had not contacted my adoptive parents since 1980 (the year I graduated); so I made the decision to call him; I gave my adopted dad the option to admit what he'd done, and to apologize, so that we could move forward, and be a family in the true meaning of the word. He refused, so I told him I forgave him, and I wouldn't contact them again. Talk about freedom! I felt like I'd finally shed the shackles that bound me! I pulled out my old birth certificate, and started reading all kinds of books about making a family tree; I opened an account on Ancestry.com, after seeing one of those commercials. A close friend had encouraged me to give it a shot; what could I lose?

It was a few weeks after that, I found my father's side of the family on Ancestry.com; it was as if in order to make room for them, I had to let go of the hatred and hostility in my heart to make room for the love that was out there waiting on me! I first made contact with 2 of my brothers; my oldest brother told me that my father looked for me until the day he died, and that if I found him, to tell me he loved me! Do you know what a feeling that gave me? And come to find out, when I was contacted by my baby brother, he lived 30 minutes away from me!!!

This gave me the energy to track down my birth mother's family, and I managed to find her first cousin, aged 87, who'd done a family tree for me! He said, "I did a family tree for you just in case you ever came back home." Now on both sides, I know names, and how they're related to me. Sadly, on Mommy's side, her cousin is the eldest member of the family, and at 52, I'm next in line.

That was one of the reasons that I've been so diligent about finding my birth family; since finding them, and getting to know them, for the first time in a long time, I've felt loved, wanted, needed, and most of all, I've got a sense of belonging. To know who I am and where I came from, that is truly the biggest blessing of them all!

Across the United States, November is recognized as National Adoption Month!
National Adoption Month is a time to celebrate family and to bring about awareness that there are hundreds of thousands of children in foster homes awaiting adoption. States, communities, and agencies hold events during the month to bring the need for families into public view.  The celebration usually includes National Adoption Day with courthouses throughout the nation participating and hundreds of adoptions being finalized simultaneously.

Email ThisBlogThis!Share to TwitterShare to FacebookShare to Pinterest
Explore More: Articles, Family, For My Sisters, Holidays