Everything Old, Is New Again by A. Yamina Collins

Everything Old, Is New Again
by A. Yamina Collins 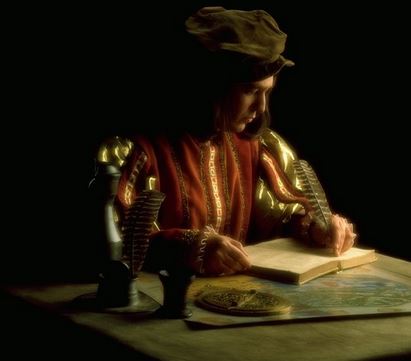 If Amazon's recent Kindle Serials debut back in 2012 is any indication of current publishing trends, then releasing a novel in episodes may be the hottest new thing publishing has seen in a while - even though there is actually nothing new about the serialized format.

Years ago, it was the print novel that was being serialized rather than digitized works of today, and no less than Charles Dickens helped to establish the format with the release of his first novel, The Pickwick Papers back in 1836. In fact, that book is largely considered to have been the prototype of all serialization and indeed most of Dickens subsequent novels were originally published serially as well - in both weekly and monthly magazines, and often in as many as twenty monthly installments.

And make no mistake - Charles Dickens was not the only famous author to have tried his hand at serialization. French author Alexandre Dumas dolled out his Count of Monte Cristo in eighteen parts in the Journal des Débats, with publication running from August 28, 1844 to January 15, 1846, while Uncle Tom's Cabin, the American classic by Harriet Beecher Stowe, was serialized beginning in June 1851, over a 40-week period in an abolitionist periodical called National Era.

It's true that serialization sputtered in the early to mid-twentieth century and pretty much died. It's also true that now days audiences seem to have the attention span of two-year olds, making it difficult to hold readers interest in books that are dolled out slowly for public consumption. Yet it should not be assumed that there is absolutely no consumers for the serialized format.

In fact, one could make the argument that series books such as Harry Potter, Twilight and the Hunger Games, are themselves episodes told in larger, lump sum quantities (seven novels for Potter and three for Twilight and Hunger Games respectively).

There have been even success stories of authors actually serializing a single novel in this day and age. In 2011, for example, author Hugh Howey wrote the indie sci-fi book "Wool". The book had been conceived as a stand-alone shorty story, but as its popularity increased, so did Mr. Howey's need to expand on the story, and thus a series was born - and a wildly successful one at that.

But what are some of the benefits of serializing a book today? For starters, serialized formats can help build up readership for unknown authors, and help create greater interaction between an author and his or her audience (it has been said that for Charles Dickens, this format created greater intimacy between he and his readers).

Another advantage is that authors can revise the novel even after it is serialized, in preparation for its stand-alone publication. As recent as 1984, Tom Wolfe's The Bonfire of the Vanities, ran in twenty-seven n parts in Rolling Stone magazine for which he was paid $200,000 for and yet, Mr. Wolfe went on to heavily revised the work before it was released in full form.

Yet another advantage, As Mr. Howey once explained in an interview with Wire.com, is that stand-alone books might remain invisible in a sea of books, but with a serialized novel one gets the same strange title sprinkled throughout the charts together, and that "sorta build(s) on top of each other like individual ripples growing into a much larger wave." In other words, ten entries of a book title are better for that book's chart hopes then just a single entry.

It is for all of these reasons I am releasing my two-book novel "The Last King" in a serialized format. I want to engage my readers even during the on going writing process; I want have a chance to correct some things I might miss down the road; and I want a chance build up an audience before the full, stand alone novel is released in late 2014.

It's also helpful that with Amazon's Kindle Serials, readers save money. When readers buy a Kindle Serial, they receive all existing episodes on their Kindle immediately, followed by future episodes as they are published at no additional cost. This will prove to be cheaper than buying all eleven episodes at separately.

I can't wait to see how serialization will change and grow throughout the next coming years. It's a totally new way for authors to think about publishing - even though it's also a very old idea.


About the Author
A. Yamina Collins is the author of the quirky short story collection The Blueberry Miller Files. She has written for publications such as New York Resident magazine, Our Town and the Manhattan Spirit. A graduate of New York University, she lives in Manhattan. The Last King is her first novel.